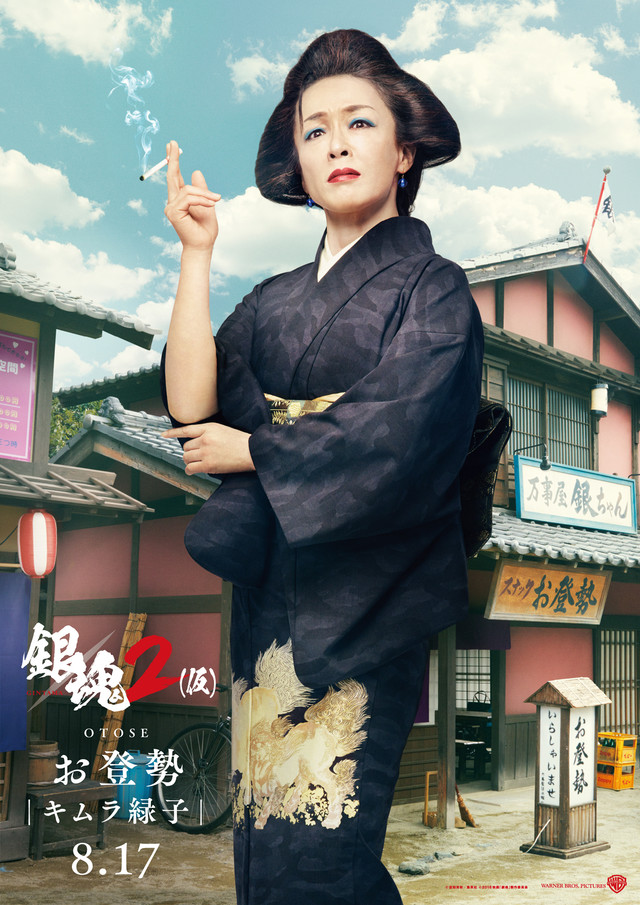 A brand new character has been revealed for the upcoming live-action film Gintama 2.

She’s the owner of “Otose snack house” and holds the coveted title of being one of the 4 Devas of the Kabuki district. She runs her snack shop on the first floor below “Yorozuya”.

While Otose’s appearance might make her out to be really vicious and scary, she’s actually quite forgiving and cares a lot for her employees. She is very strict when it comes to collecting rent from the Yorozuya every month though.

Failing to pay rent could result in the members of Yorozuya having to clean the bar, or Otose might send her employee Tama to collect the money herself (and she might be armed!).

Just like every other comment from the actors Kimura had the time of her life on set.

The first live-action Gintama was a instant success grossing $9 million USD in it’s first four days in theaters, it received a worldwide DVD and blu-ray release back in March 2018.