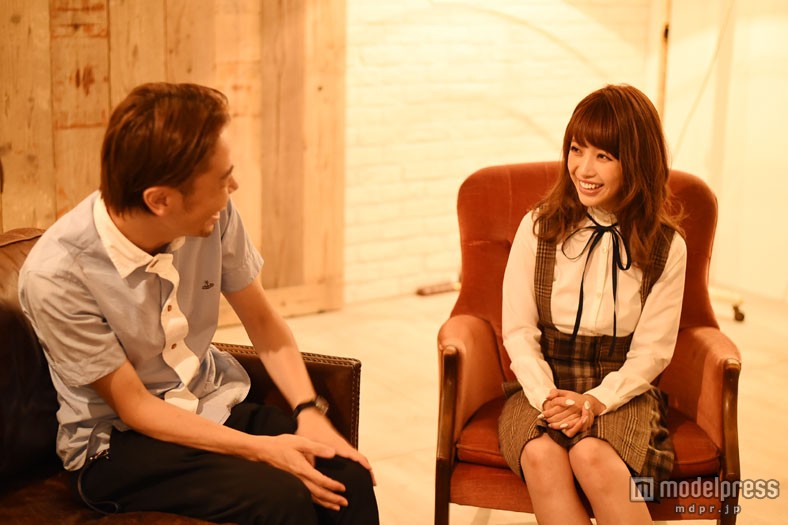 Popular model Kumiko Funayama, also lovingly known as Kumicky, has worked for over 6 years for Popteen magazine as the ‘God of Gyaru’. As she outgrew the Popteen demographic, she realized she should welcome new experiences and has already already graduated as an exclusive model last model, her last issue being this October’s Issue.

In the past we have featured articles trying to figure out why all these fashion magazines, specifically Gyaru, are dying out. In an interview with modelpress, Kumicky and the new editor of Popteen sat down and discussed the magazine’s future and the future of Gyaru style, and Kumicky herself explains how it changed her life.

Gyaru has boasted a long lifespan, but in recent years, the style has been disappearing from the streets. The model and editor have taken notice to this, and conclude that this disappearance from the streets has to do with the idol boom started by AKB48. These groups have their own specific look that is sought out after: pure and innocent, everything Gyaru is not. There have been attempts to bring it back to the music world, though more mature acts like SDN48, but they quickly disbanded and seen as failures.

The editor commented, “The influence of idols is amazing. I think it’s best not to tell lies: it is true that Gyarus on the street have decreased. With that being said, increasing the numbers of Gyarus is also our job. Within Popteen, if people can say ‘Isn’t that Gyaru cute?’ then we can definitely increase the numbers of Gyaru in the future.”

The Popteen Editor reaffirms and believes it the magazine’s position to promote Gyaru, and he realizes there has been some failure on their part and a lack of interest by the general public. What started as a counterculture eventually entered mainstream culture and has lost steam as the leading fashion style over the past 10 years. He insists that people are not seeing the true potential of Gyaru and what it can do to someone.

The editor explained, “What I want to do with ‘Popteen’ is of course produce a type of ‘cute’ that any girl can be. Because anyone can become cute, anyone can transform. I do not want people to be afraid of that transformation. In concrete terms, I want to make the 10th cutest girl in the class number one.”

As a long time self-proclaimed Gyaru, Kumicky believes it’s all about being able to choose how you look, easily concealing points about yourself that make you uncomfortable:

“I think that being a Gyaru is one choice for anyone to become cute. Depending on your effort you can change as much as you like, a Gyaru’s greatest charm. Through doing many activities what I want to convey to everyone is… When I look at girls in their teens now I feel that there are many girls who say things like ‘I don’t want to stand out’ but, I think it is a complete waste to be scared of challenging yourself and not doing anything. There are many things you can only do in your teens, and there are many times when you learn from mistakes.”

Simply put, she wouldn’t be who she was without Gyaru. She would have never been able to take the chances she has and stuck outside of the crowd like she has. Not only is it a way to do makeup, but it’s a way of living and being confident in yourself despite what others think.

“If I had not discovered makeup, I would not be ‘Kumicky’. Because of make-up, I got the opportunity to be apart of ‘Popteen’ and became who I am today. My parents were always against Gyaru but I do not think it was a mistake at all and because they opposed it I had thoughts of ‘wanting to make adults understand it’ and I have come this far. I think that people can change as much as this.”

Though Popteen is without their beloved Kumicky, they still plan to continue the ever-changing style that is Gyaru.

(via ModelPress, Translation from JenJen)