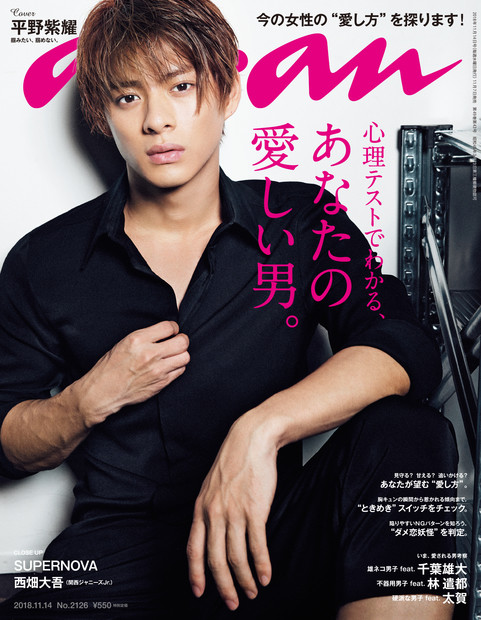 Fans are ecstatic over the announcement of the latest cover boy for the popular magazine anan.

The latest star to grace the cover will be King & Prince member Sho Hirano. The Johnny’s member previously appeared on the cover of the magazine twice with this group, but this is the very first time Hirano will grace the cover alone.

Hirano thanked fans for the support, and the opportunity to have such a high profile solo magazine cover.

A description for the magazine promises many sexy gravure shots of Hirano, showing his “many faces”. Many of the photos show him lazing around the house, relaxing on a couch with a blanket, and so on. While others promise to show off his impressive physique and six pack abs.