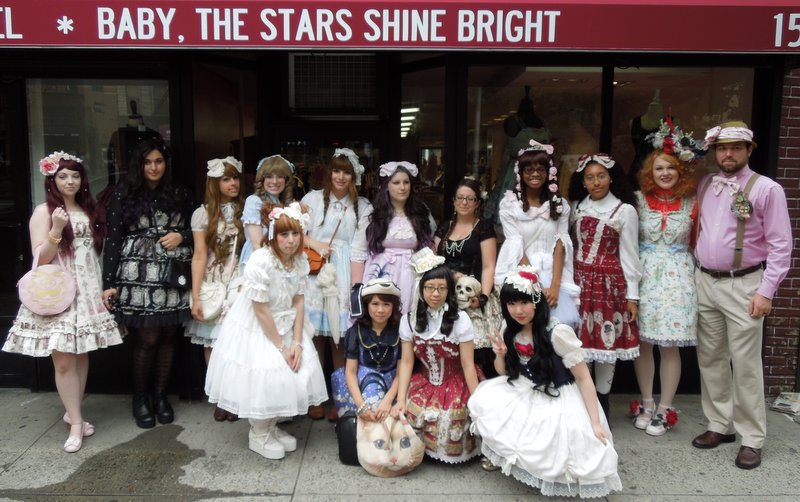 As some of you may know, Japanese fashion brand Baby, the Stars Shine Bright, and alternative brand retailer Tokyo Rebel opened stores in New York earlier this week. Onlookers were surprised to see huge lines of fans dressed in their favorite brands waiting for hours to get into the opening events. 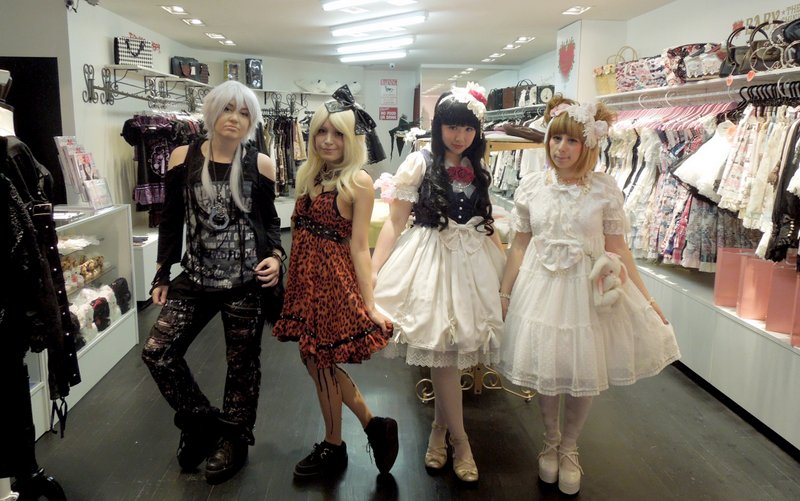 But why is Lolita such a cross cultural phenomenon? Firstly, you have to know that while the style is named after Nabokov’s (in)famous book, lolita fashion isn’t about being coquettish or sexually appealing for men, in fact it’s pretty much the opposite. The distinctly feminine style involves frills, cupcake shaped skirts, and elaborate dresses that create a sense of innocent wonder. You might  walk into the new Baby store, which focuses on sweet lolita,  and believe that all the pastels and storybook references are too childlike, and directly invoke visions of the style’s name sake, but that criticism goes out the window when you see the dark punk style of goth lolita, the prim and proper classic, lolita or the free and breezy style of sailor lolita. Not to mention that lolita pieces cannot be purchased on a child’s budget.

Many followers of lolita fashion pride themselves on their modest manner of dressing and ability to stand out. They may be ladies, but these are no shrinking violets. In an NYMag article on the Baby and Tokyo Rebel openings, one lolita and fashion designer described her the style as a feminist statement.

Raven Zoh, the designer behind the Brooklyn-based (and Lolita-influenced) line Morrigan, describes the aesthetic as “sweet, but with teeth.” She loves the bell-shaped skirts, because they take up more space than contemporary styles and give her a powerful stance.

In a society where women are often expected to move quietly and without bringing too much attention to herself, and especially in a city where women can often feel like their personal space is purposefully invaded in a way men’s is not, lolita could be seen as burdensome and even dangerous, but for those with a passion, like Yanise Cabrera, who says that lolitas do have to deal with their fare share of bothersome comments on the subway and in public places,  it’s worth it. As another New York lolita, Ashley, states, “It’s about being an adult lady, and wearing these clothes because I want to.”

Tokyo Rebel and Baby, The Stars Shine Bright are located at 158 ALLEN ST. NEW YORK, NY 10002. For those not in the New York City area, both shops feature reservations and online ordering, though stock is limited on pretty much everything.