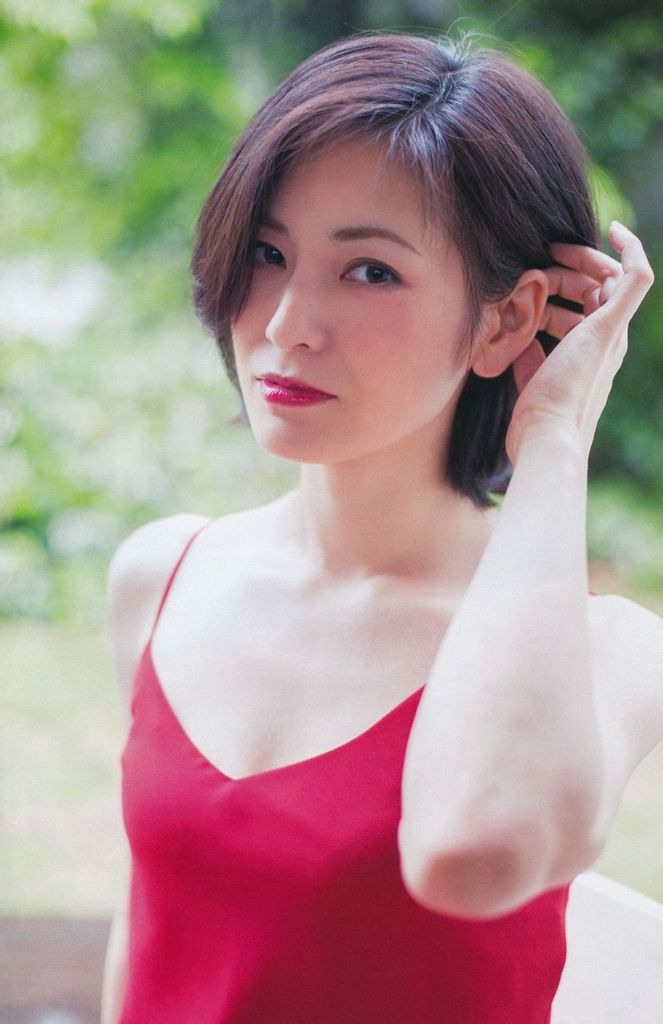 Behind the Scenes Info on the Failure! Adult AKB48 Member: “Past Band History, Husband’s Face Revealed on the Net”; Was Not Actually an Amateur

Tsukamoto Mariko (38), referred to as “Mariri” who as “Adult AKB48” became a limited time member, is being referred to as a failure among industry insiders. The behind-the-scenes-information about why she suddenly graduated is here:

A certain figure has stated “Without becoming as popular as expected, a solo live show was unable to come to fruition. What was most damaging was that soon after her audition, her personal history was revealed. To tell the truth, it was a miscalculation.”

According to an official from an advertising firm, because the plan was to start  “Otona AKB48” with the Ezaki Glico “Papiko” CM, advertisers put more effort into the project than the AKB group. On the net, information leaked that Tsukamoto, who appeared on the scene using the title of a housewife and mother of two, actually was not an amateur but was the former singer of  “THE LUCY Diamond”, a band that was formed in 2006 and also had a CD debut.  People around her know of the story, but never thought it would become public (according to the same previous official).

It is written on her personal history that was publicized during her band days that she also worked as an actress. And about her husband who was the band’s guitarist, a profile picture of him from the real estate company where he is currently working was also exposed [on the net].

Originally, the chosen person was supposed to be a regular housewife whose personal life is shrouded in mystery, but unfortunately a former talent was chosen and it has gotten to the point where her husband’s face was revealed, so fans have been disappointed. In a haste, an image of her wearing western clothing while working was released to an informational programming to make her seem like an amateur, but there was no effect in the end.

Nonetheless, what has become a huge issue is the truth. But to speak of her success as the selling point for a product…

“The talent that was so eagerly awaited did not become popular. If it were successful, they would have continued to recruit for a 2nd generation, 3rd generation, and an Adult AKB48 would have been formed, and there was a plan to hold a live only for fans over 30 but…” (The same person)

An idol writing who is keeping an eye on AKB theorized “If there is no feeling of rivalry between AKB members then it can’t get exciting. Because it is understood that Mariri is not stealing anyone’s position, we are in the position where we can’t see anything but anti’s for each member on the net.”

Before her activities conclude at the end of August, Tsukamoto plans on graduating with the to be aired CM by declaring “I have nothing left to do,” but there are not many people who are feeling any regret about this at this time.

Here is a video of her band:

On the net the following opinions have arisen:

“So it was nothing but a faked situation”

“Nowadays images remain on the web, so anyone who thinks they won’t be revealed are crazy”

“The person who said “I’m just a regular housewife!”  actually being a former industry person is way to farcical and I am not amused”

“Even though they already new that this kind of plan would fail from the beginning, it is starting to look like it is this person’s fault and that’s a little pitiful”

“I never thought a plain housewife could enter the entertainment industry”

“After all, the costumes are difficult to wear, even for the members in their later twenties”

Graduating this quick means that there is no prospects of her making it big other than this and that her past being revealed to the fans was a complete killjoy, so there really was no other choice.  Akimoto, who thought of the solo live show and Adult AKB48 sure is greedy…