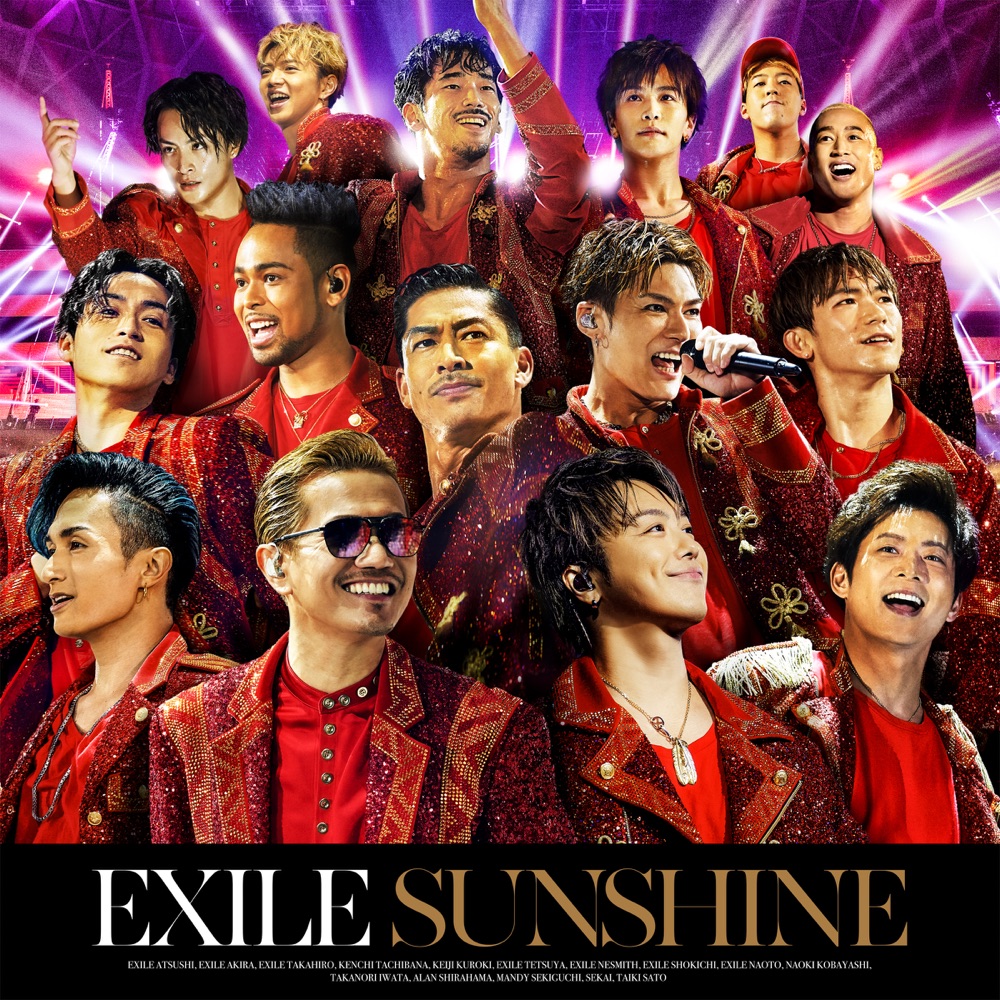 LDH group EXILE has released their 50th single “SUNSHINE“. A big milestone for the group, this single also marks a drastic change for them. This will be the very last release to feature their main vocalist ATSUSHI.

“SUNSHINE” is available in five versions, a standard CD only along with a CD+Blu-ray and DVD. A deluxe version with the full “EXILE PERFECT LIVE 2001 ▶︎ 2020″ concert at Kyocera Dome will set back fans 8,980 yen. B-sides include a track titled “Yakusoku ~promises~” and a 2020 version of their hit single “Rising Sun”.

ATSUSHI was one of the founding members of EXILE, debuting in September 2001 with the single “Your eyes only ~Aimai na Boku no Kaatachi~“, next year would have marked his 20th anniversary with the group. In November ATSUSHI announced that he would be retiring from EXILE to focus on his solo activities.

ATSUSHI’s 4th studio album “40 ~forty~” was released on November 4th, 2020. TAKAHIRO, SHOKICHI and NESSMITH, will remain as vocalists for the group with TAKAHIRO continuing to be the lead.

“SUNSHINE” can be purchased digitally or steamed worldwide on most of your favorite platforms including Apple Music, LINE MUSIC, and Spotify.