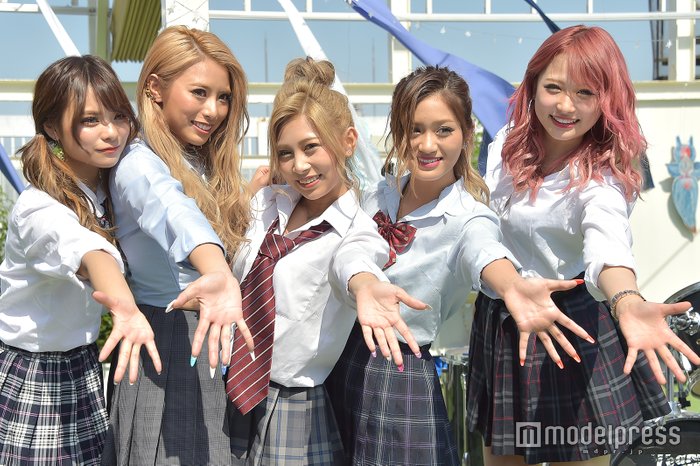 On “Shibuya Day”, celebrated on April 28th, ‘Shibuya Sky Festival’ was held in the district that has borrowed its name to the special day. At the event, models of reborn, now online-only magazine ‘egg’ gathered together to celebrate the fun parapara culture – announcing a single and a model audition in the process!

Models Miyu, Momo, Aina, Aimi, Pito, Maami and Nagi had gathered for an event organized by ‘egg’ the magazine. The girls began with a fashion show, during which they struck the famous ‘egg’ pose accompanied with loud cheers from the crowd.

In order to further revive the parapara boom, the models announced that record label Avex will release their new single, ‘I LOVE egg’. The girls themselves have created both the lyrics and the choreography for the song. Modelpress reports that men and women in the audience reacted positively to the song that was performed live for the first time. The release date will be announced at a later date.

At the end of the event, it was also announced that ‘egg’ will hold an audition for new in-house models.

More pictures of the event available at Modelpress.