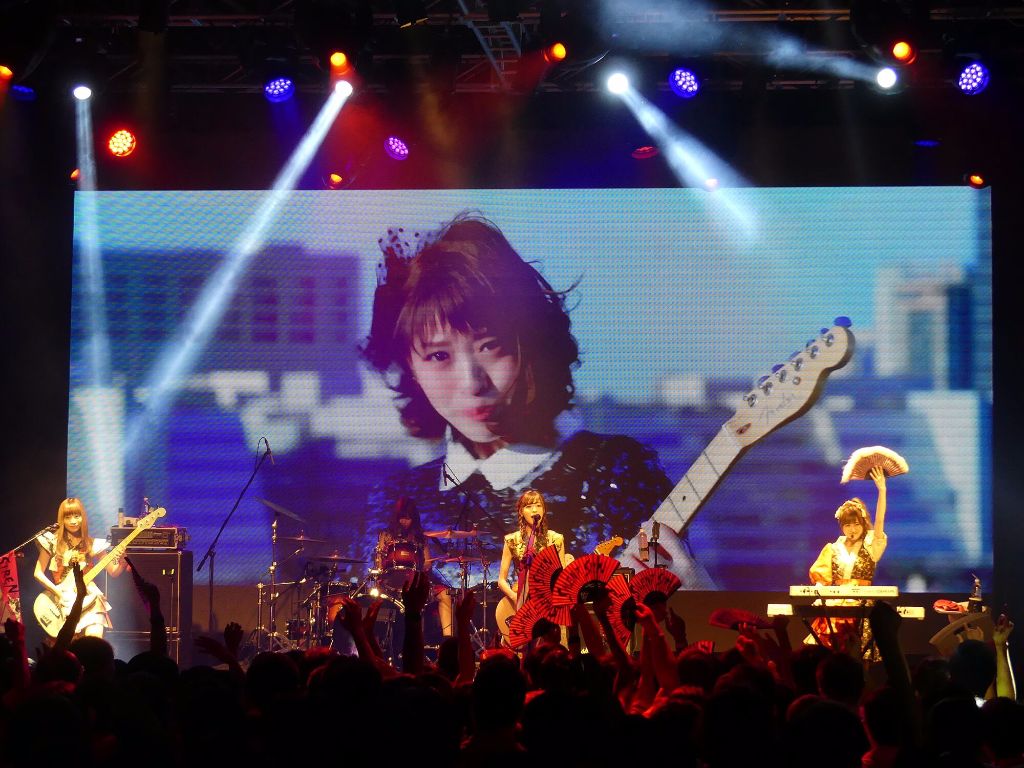 Rock band Silent Siren has successfully completed the Asian leg of their world tour! Following live performances in Hong Kong and Indonesia in September, the girls wrapped things up in Taiwan this month.

Fans were in for a treat as the band performed many of their signature hits including “Stella☆”, “Joshikou Sensou”, and “Cherry Bomb”, plus new songs receiving their first live overseas performances, including “Fujiyama Disco” and their latest single “JUST MEET”, released October 11th worldwide.

After the Taiwan concert finished, drummer and band leader Hinanchu shared in the excitement with the fans. “Our Taiwan family are always amazing, and their Japanese was really good too! We could really feel that they were excited to see us! We love Taiwan so much and there are so many places we haven’t been able to visit yet, but as long as there are fans waiting for us, we’ll always come back!”

“SILENT SIREN WORLD TOUR 2017 The New World” will continue in December, this time taking place in California. On December 1st they will be taking the stage at the MI Concert Hall in Hollywood. On the 3rd they will be performing at Slim’s in San Francisco. Ticket information for the Hollywood show can be found here, while details on the San Francisco show can be seen here .

The full set list for the Taiwan show can be seen below the jump.