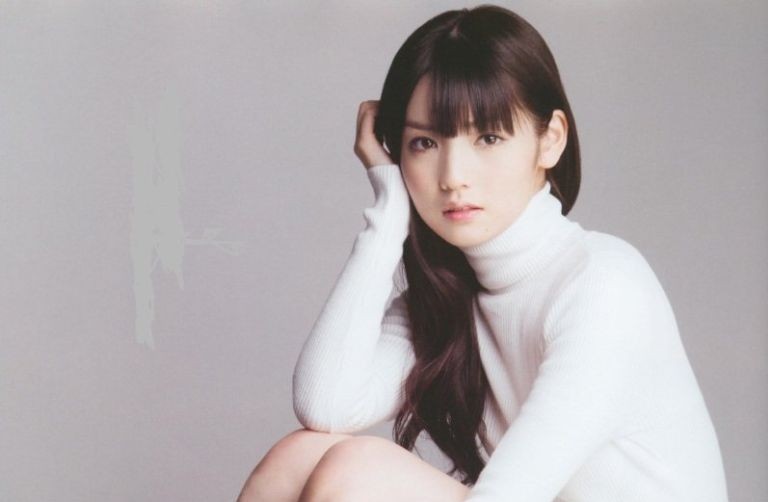 With the conclusion of Morning Musume. ’14’s national concert tour “GIVE ME MORE LOVE”, long time member and leader Sayumi Michishige has officially graduated from the group at the final date today, November 26, at Yokohama Arena.

Sayumi Michishige joined Morning Musume  at 13 years of age after participating in the “Love Audition 2002” held by Up-Front Agency. She was chosen as one of four winners and officially became a member of the group’s 6th generation with the single “Shabondama” in 2003.

Now 25 years old, she has since become the longest running Morning Musume member with a total of 11 years within the group. In that time she has taken part in 45 singles and 28 albums as a member of 7 musical units, released 16 books (11 physical photo books, 4 digital photobooks, and 1 personal book), performed in films, dramas, commercials, as well as theater and has hosted two of her own radio programs.

Announced during the first MC segment of the concert was who would take Sayumi’s place as leader. With two subleaders, Mizuki Fukumura and Haruna Iikubo, it was decided that Mizuki Fukumura would take on the position to lead the group with Iikubo remaining as the sub-leader. Keeping with a new tradition of having two co-subleaders, Erina Ikuta was promoted to subleader.

Despite spraining her ankle by the end of the concert, Michishige persevered through her pain and not let it ruin her final concert. Streamed online, check out a small portion of her graduation below.

Following the touching graduation ceremony, Michishige performed “Akai Freesia“, and was then joined by her juniors in “Aruiteru” and “Happy Daisakusen“. Once finished, all the members lined up in a row on the main stage and thanked fans. Near tears and reluctant to leave, Michishige and the other members continued saying goodbye over and over again.

After all the members had left the stage, a video was projected with all the members on a couch, each leaving one by one until only Sayumi was left with a book that read “4329 days / 2003.01.19 ~ 2014.11.26 Sayumi Michishige” to nicely bookend to this chapter of her life. Michishige will temporarily stop all activities after her graduation.

The DVD and Blu-ray of this concert will be released on February 11, 2015.