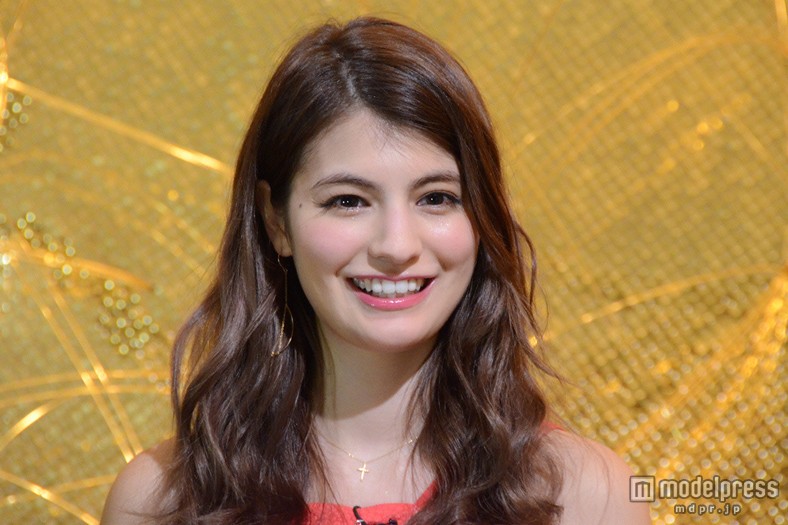 The Decay of Rola and the Rise of Maggie
In the entertainment world, “female hafu talento types” are becoming a strong force. With their exotic looks combined with their talent for conversation, these talented people are appearing one after the other and now have become a main stay in variety programs. Within this hafu category is Maggie (22), who has done a great job at showing her eccentricity. With Rola’s unexpected misstep, it seems like Maggie will take the top spot in one fell swoop.

In this past few years, it has become a common scene for hafu talento to be seen on television. When Becky managed to gain popularity it was Rola who thrust herself in. “Basically on one program there will be one hafu. Recently Rola was popular but has received a negative influence from her father’s arrest and her stock has suddenly fallen,” says a person connected with a television station.

Becky has passed the age of thirty and Rola has fallen. An angel in the form of Maggie appeared to the television producers who were searching for a fresh hafu talento. “Darenogare [Akemi] appeared in a number of programs but in terms of variety she didn’t quite make it. There wasn’t a person to continue for Rola but finally a new star called Maggie appeared. Now she is getting a flood of offers.” (The same aforementioned person)

Maggie, who has a Scottish-Canadian father and a Japanese mother has a height that surpasses 170cm and a distinct figure of course has appeal, but that is not all. “She can do frank talk. She confessed that her first kiss was at the age of 13 and she can talk about things that are almost NG, so she is easy to use,” says an associate of a production company.

On the 22nd, she appeared at an event for the American snack maker “Jelly Belly” in a mini skirt Santa costume. Because she is a model for an underwear company, when asked what kind of underwear she would want to wear on Christmas she said “I like red so I think I would want to wear red,” she answered frankly. It is not a mistake that she will have her big break in 2015.