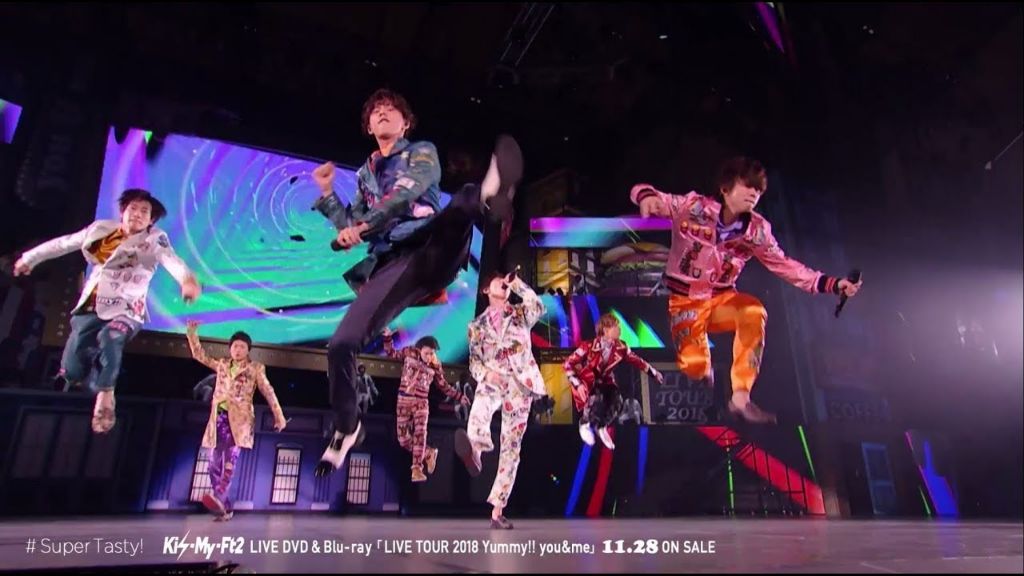 Johnny’s group Kis-My-Ft2 have released a 1 minute preview for their upcoming DVD/blu-ray release of their latest tour.

The set will be released in multiple editions, including a deluxe blu-ray version. It will be housed in digipak packaging and come with an external bonus of eight photo cards. It will exclusively contain live footage of the concert shot from multiple angles, allowing the viewer to change views whenever they wish. Special MC footage will also be included.

A deluxe 3DVD+2CD version is also available, it also comes with eight photocards but they will be different from the blu-ray version. It comes with a documentary about the tour, a disc called “7Yummy!!” that features additional performances, and the CDs will contain live audio from the tour.

Check out the preview below!