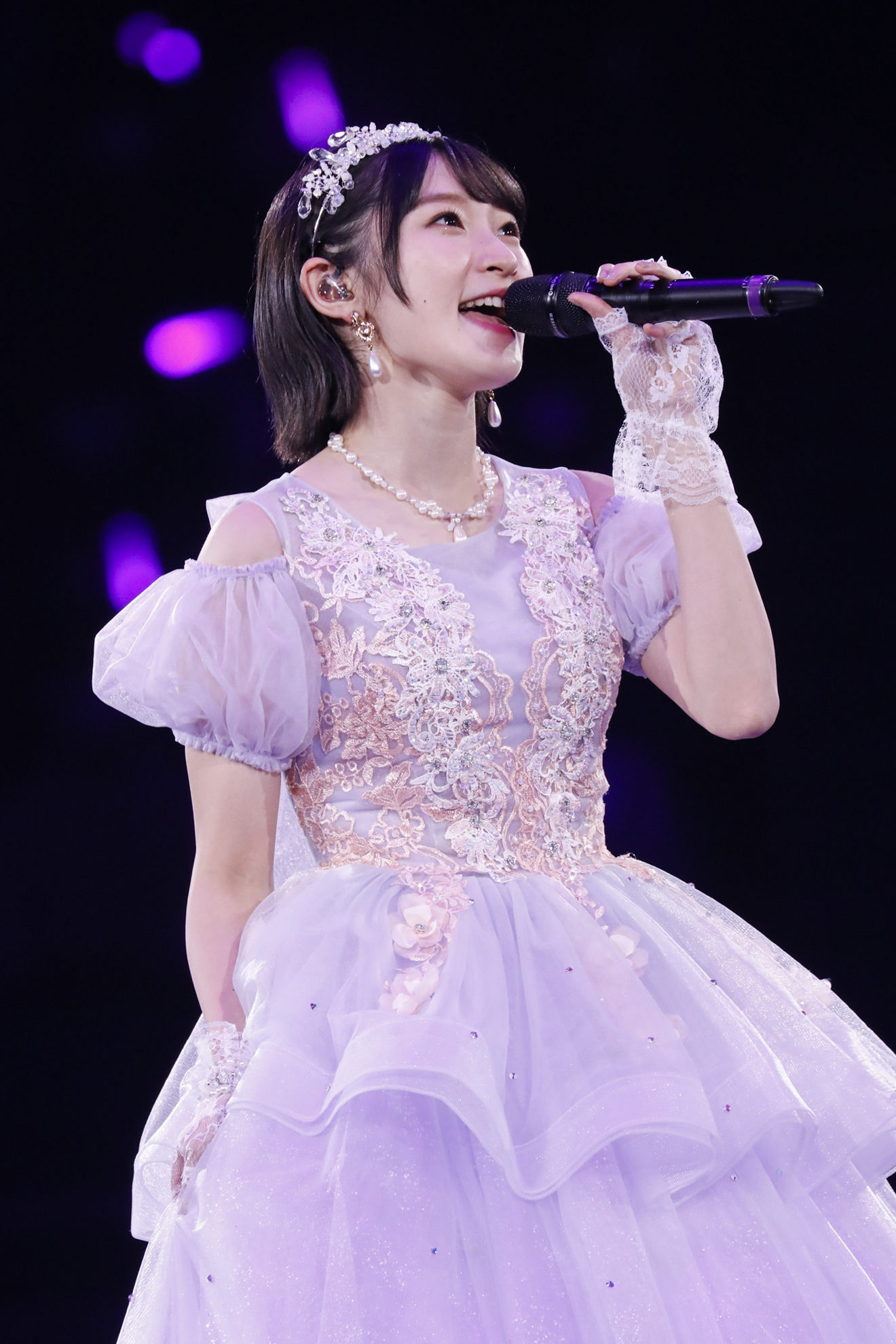 Karin Miyamoto has officially graduated from both Juice=Juice and Hello!Project. The 22-year-old’s graduation was initially announced on February 10th, with a graduation date of June 3rd at the finale of Juice=Juice’s concert tour “CONCERT TOUR 2020 ~Pop Juice Journey~”. However, COVID-19 sabotaged those plans.

Instead, the group held a special one day concert titled “Juice=Juice Concert 2020 ~Tsudzuiteiku STORY~ Miyamoto Karin Sotsugyou Special” held at Nippon Budokan. The concert was broadcast live on select paid TV services, along with some movie theaters in Japan and Taiwan. The setlist consisted of a massive 29 songs, besides Juice=Juice tracks a plethora of covers were included.

One of the highlights was a special medley of 9 songs, Miyamoto performed a song with each member of Juice=Juice including covers of the classic H!P songs “Kousui” by Melon Kinenbi, “Scramble” by Maki Goto, and “Last Kiss” by Tanpopo. The final song performed was “Wonderful World“, Juice=Juice’s 6th single.

Miyamoto thanked her Juice=Juice family for their constant love and support, she was extremely glad she was able to graduate performing for her fans as-well. Juice=Juice’s leader Tomoko Kanazawa gave a heartfelt speech thanking Miyamoto for her 7 years as a member of the group, seeing her like family now.

Now a solo singer, Miyamoto’s debut song “Mirai no Filament” was released on the day of her graduation! It is currently available on iTunes, and will be released via Recochoku and mora on December 17th. Check out the full MV below: