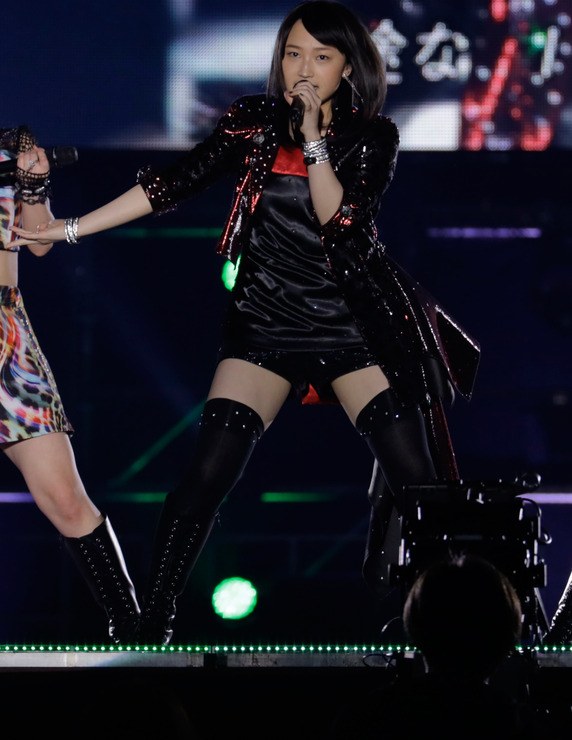 Ever since former Morning Musume ace Riho Sayashi graduated back in December 2015, she has kept a very low profile. At the time of her graduation she stated that she would like to study dance and English abroad.

In December 2018, after almost exactly three years since Riho graduated a press release was released announcing that she had decided to part-ways with both UP-FRONT PROMOTION and Hello!Project.

After an MC with Hello!Project’s leader Ayaka Wada and Juice=Juice member Yuka Miyazaka, Riho made a fiery entrance to the shock and delight of fans. She performed Morning Musume’s singles “ONLY YOU” and “One Two Three (Updated) with the remaining 9th, 10th, and 11th generation members of Morning Musume ’19.

It’s currently unknown whether this concert performance will be the official restart to Riho’s entertainment activities, or if she will continue to keep a low profile. Since leaving UP-FRONT and Hello!Project she hasn’t signed with a new agency.