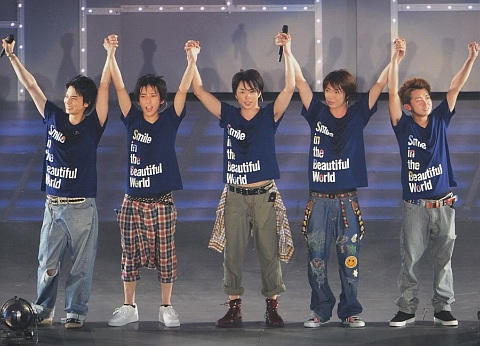 Is this increased number (a bit) of local performances going to appease fans? Arashi has announced an album and a 5 Dome Tour for this year, the largest Dome Tour in Arashi’s history. This includes a 5-day concert at Tokyo Dome. When Arashi previously announced a 2-day Hawaii concert to mark the group’s 15th year anniversary, many Japanese fans depair they cannot afford the expensive trip and urges for more domestic performances. A total of 18 performances are scheduled for the tour.

For international fans though, better luck wishing next time. Since despite some efforts to reach out by live screening Arashi’s Waku Waku Gakkou 2014 in Shanghai, China and Singapore from the Tokyo Dome, there are no scheduled international venues for the tour. Unless you can squeeze into the Hawaii concerts that is mostly opened for FC members only.

Goodluck to those trying to hit for concert tickets!