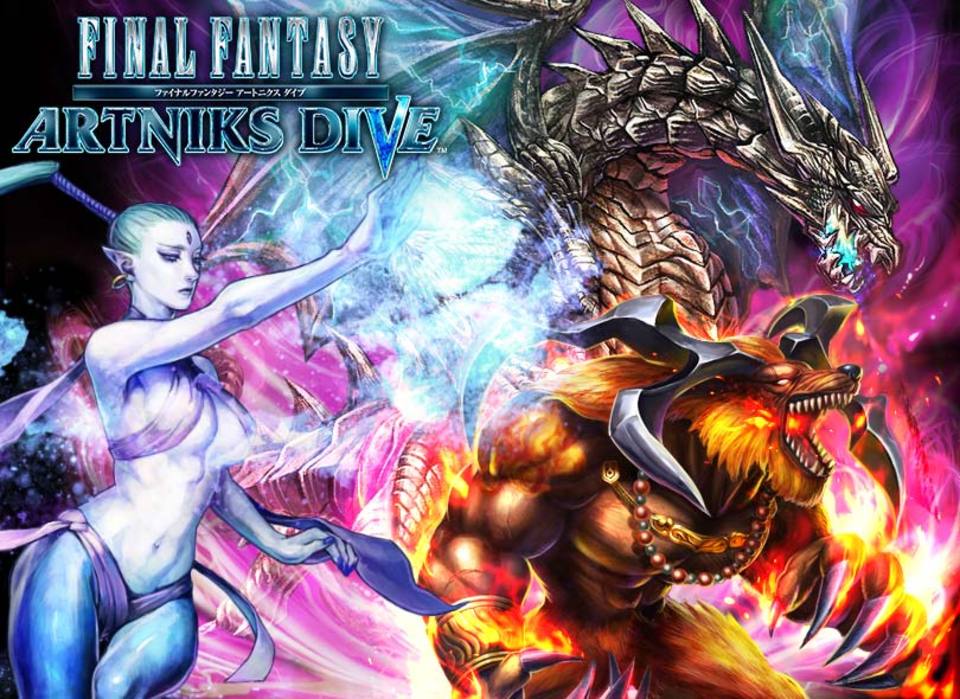 Square Enix have announced Final Fantasy Artniks Dive, a free-to-play RPG for iOS and Android devices. The game will be released via the GREE platform this Summer.

Additionally, Square say that the game will feature original characters, and that you’ll be able to outfit them with weapons created using collected crafting material.

Pre-registration for Final Fantasy Artniks Dive opens in Japan today, June 30th, and you can sign up here. If you refer a friend to the game and they register for it as well, you’ll get bonus items that you’ll be able to use.