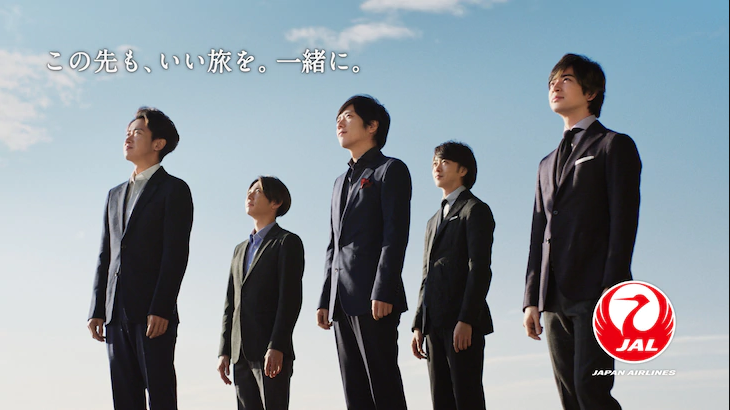 Johnny’s group Arashi has had a long history with one of Japan’s top airlines, JAL. To bring in both the new year and decade, a new CM featuring the group will begin airing nationwide in Japan beginning on January 13th, 2020.

The CM will focus on a brand new passenger aircraft called “A350”. In the CM all five members of Arashi explore the empty aircraft, playing around with the new features and marveling at the beauty of the plane! JAL has already uploaded the 30 second CM version to their official Twitter account. Check it out below:

Some of the features highlighted include the in-flight catalog, plenty of power supplies by the comfortable seats, and the reduced CO2 emissions.

Furthermore, a special “20TH ARASHI THANKS JET” will begin to make the rounds featuring all the boys at the side of the plane. Keep an eye out for Arashi in the sky!

Some BTS footage of the CM, along with Arashi standing in front of their plane, can be seen below: