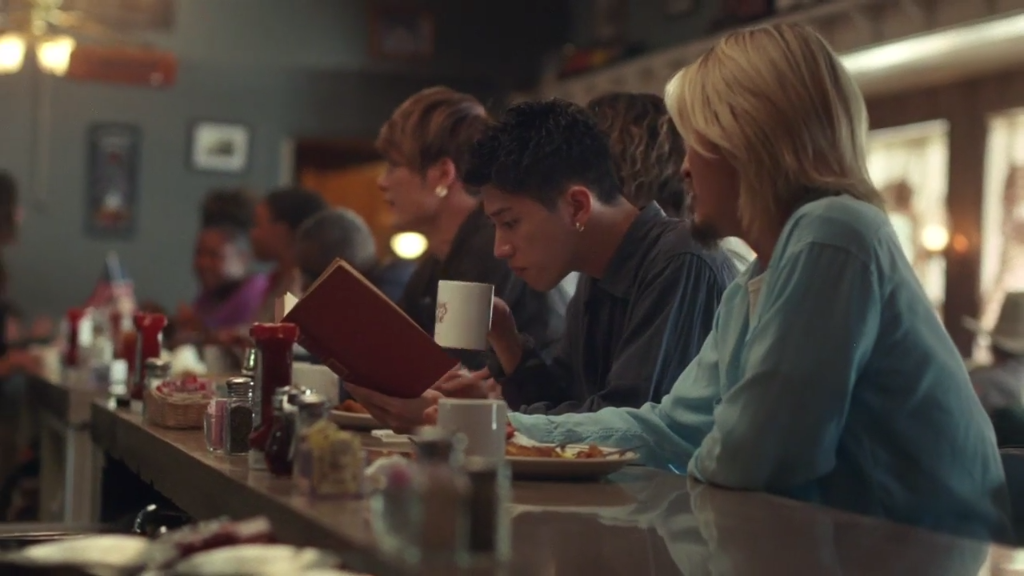 As part of its new brand communication expansion project, the clip introduces the latest model from Civic—the company’s representative small car line—which was revealed on July 27.

With voice overs from Anno and ONE OK ROCK frontman Taka, the CM is set to “Take what you want“, one of the most popular tracks from ONE OK ROCK’s album “Ambitions” which was released January 13 via US label Fueled By Ramen.

There are said to be as many as 8,000 languages in the world.
And just as languages differ, so do people’s beliefs and ideas about what it means to be happy.
What some people love, others may hate.
This poses a dilemma we confront every day.
How can we resolve it?
We must go out and engage with the world.
With our bodies, minds and hearts, we must seek a new vantage point.
One that offers a broader view of the world around us.
If there is a wall, we must stand atop it. So we can see and understand what lies beyond.
Go, Vantage Point.
Now, more than ever, we need to push ourselves
to find a new vantage point.

Over the past month, Honda’s official YouTube Channel has been releasing teaser videos featuring Taka.

Studio Khara announced earlier this year that the next Shin Evangelion project is in production.