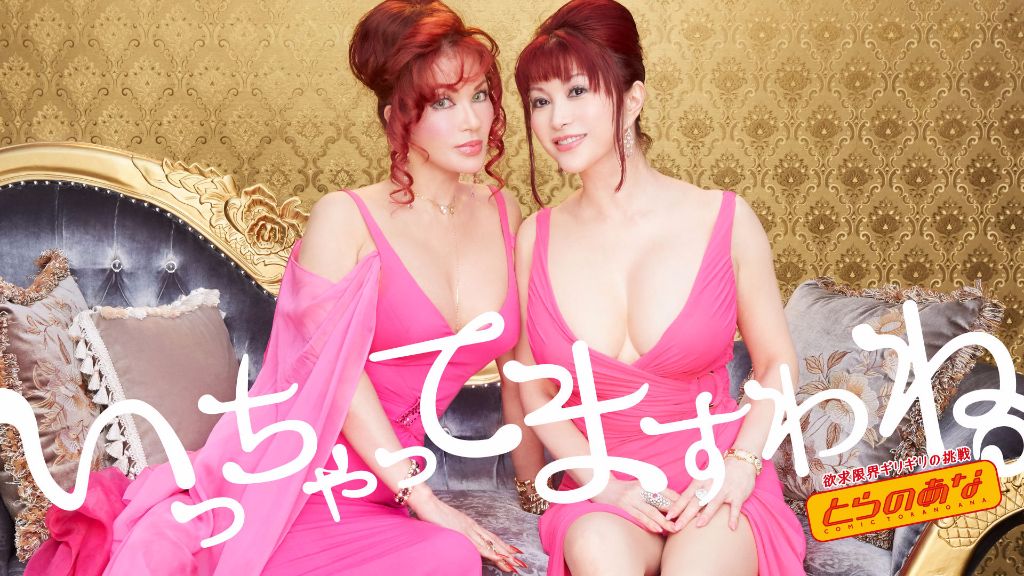 Elegant connoisseurs Kano Sisters have been selected to appear in the new CM for Comic Toranoana. Founded in 1996, Comic Toranoana has 15 locations all over Japan. It’s a dojin store which specializes in selling manga related goods, along with amateur self-published works which include manga, novels, fan guides, art collections, music, anime and video games.

Over the years the majority of Kano Sisters “fanbase” mainly consisted of older women, attaining much success publishing various beauty and exercise books/DVDs. However, they have strangely started to get a rather large following within the Otaku community. Over the weekend the sisters attended Comiket, an iconic dojinshi fair which promotes a very DIY approach to selling your own self-published works.

It was met with a bit of controversy when the following day the sisters attended a press conference for the CM. Some netizens accused the sisters of attending Comiket solely to promote their upcoming CM, which clashes with the “grassroots” culture of the fair. The duo responded on their blog where they swiftly dismissed the allegations. Furthermore other netizens pointed out that they had already previously attended the last Comiket event held in December 2016, showing a natural interest in the fair.

Further spreading their Otaku influence, the sisters appeared as guests on “Hikakin Games“, who is one of the most popular Japanese gaming YouTube personalities. During their episode the sisters played the mobile game “OTHELLONIA“. In under 3 weeks the video is just shy of hitting over 1.9 million hits.

Watch the Kano Sisters CM for Comic Toranoana below!