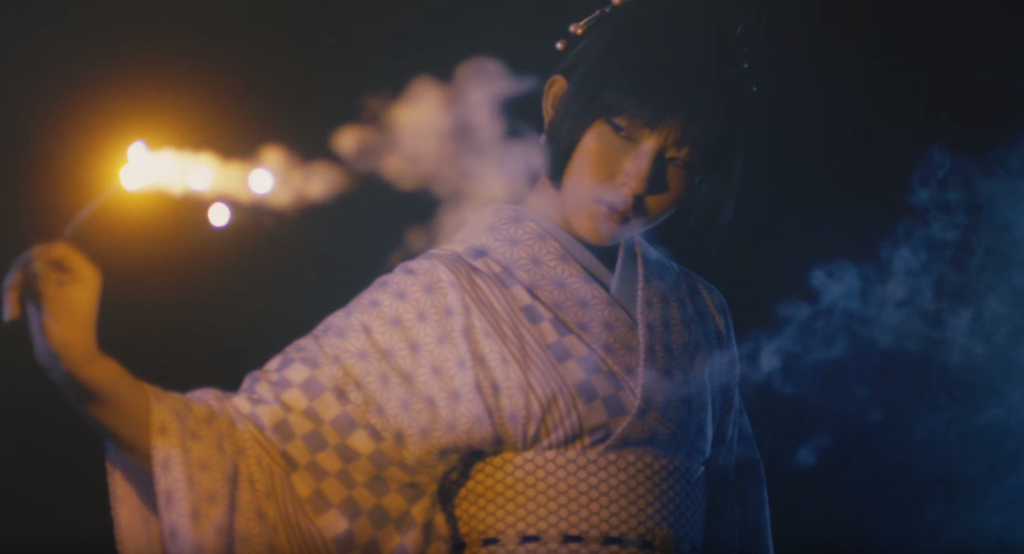 Singer DAOKO has shared two brand new MVs for her third single “Uchiage Hanabi“. For the title track DAOKO collaborated Kenshi Yonezu, who is perhaps best known under his previous moniker “Hachi”. Under the name “Hachi”, Kenshi made a name for himself as a vocaloid producer.

“Uchiage Hanabi” will serve as the theme song for the animated film “Uchiage Hanabi, Shita kara Miru ka? Yoko Kara Miru ka?“. The MV mainly consists of footage from the film, with one version of the MV uploaded completely consisting of footage from the film. In the live-action version of the MV DAOKO is seen wearing a beautiful white yukata adorned with sky blue patterns. She belts out in front of a giant projector screen displaying various impressive firework displays

Both MVs for “Uchiage Hanabi” can be found below the jump!