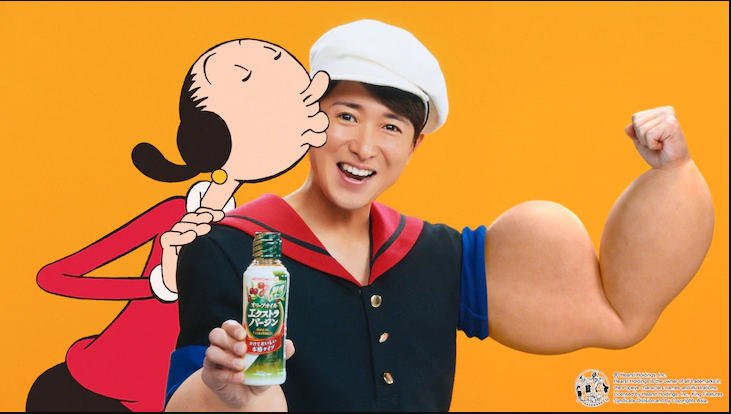 Arashi’s leader Satoshi Ohno will be appearing in a brand new set of CMs promoting Ajinmoto’s line of extra virgin olive oil. In the CMs Satoshi will be playing the role of the beloved American cartoon character Popeye.

The campaign is called “Let’s OLIVE”, and also features Popeye’s girlfriend who is appropriately named Olive Oyl. In the CMs the two showcase the versatility of olive oil, using it to compliment many other dishes such as potatoes salad, chicken wings, and rice balls.

The CM will begin to air nationwide in Japan beginning on March 19th, and a different set will begin on March 26th. Satoshi commented that he regularly uses olive oil when preparing food for himself. His favorite dishes to use it with are shrimp and carapaccio. He also had a lot of fun with his modifies Popeye arms.

Making-of footage for the CMs can be seen below