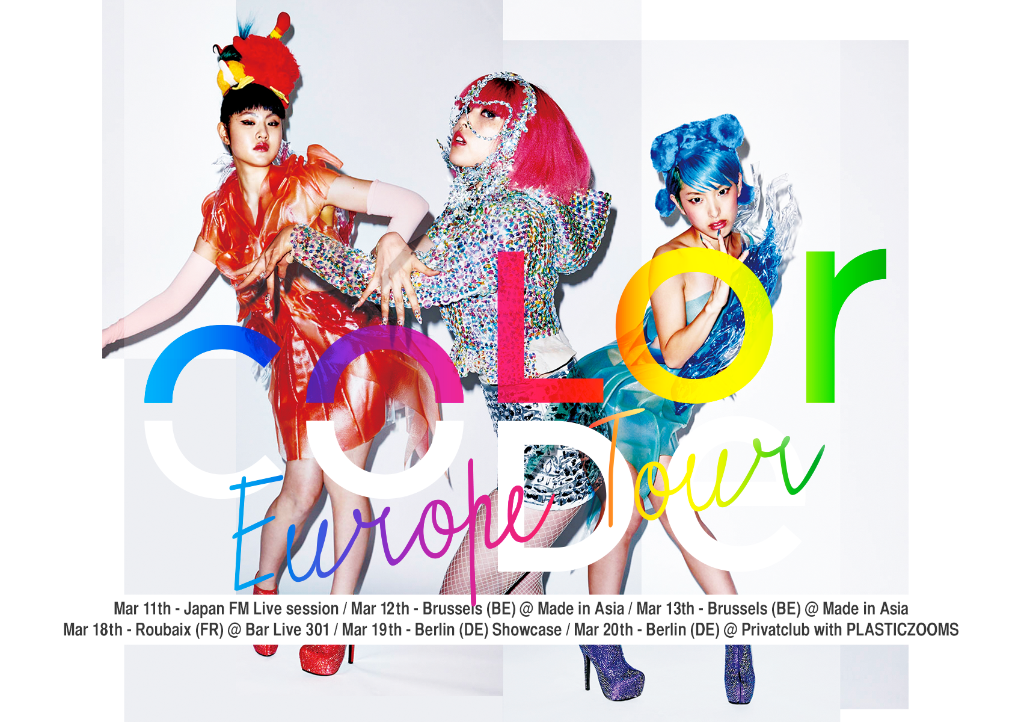 On February 17th, girl group color-code announced on their official website their upcoming “Europe Tour”, which is going to visit three countries next month. This tour is going to be their first activity overseas, after more than one year since their debut. Check out the dates just after the jump!

While they’re just touring three cities, color-code have expressed they’re interested in meeting their European fans. Made in Asia is a Japanese culture convention, so we can expect a greater degree of closeness with the audience, while the PrivatClub gig has available VIP tickets which include a photo, a meet&greet and an early entrance to the local. This performance will also be coupled with PLASTICZOOMS‘, a Japanese band with punk, gothic and new wave influences now based on Berlin. Tickets for the three venues are available here.

Do you plan to attend to any of these shows? Could this be a step towards an America Tour? Leave us your comments just below!