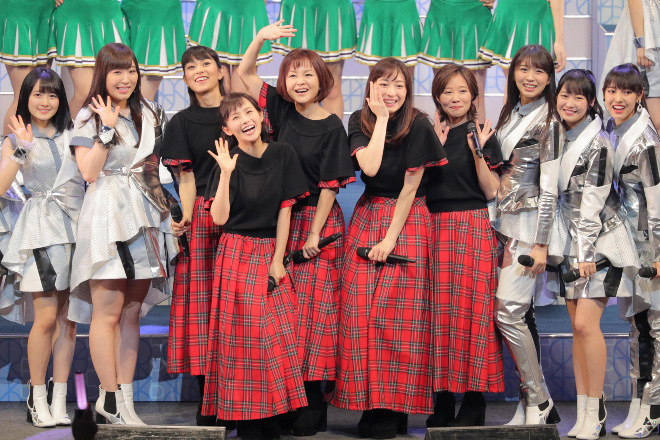 Nostalgia works! Morning Musume’s latest mini-album Hatachi no Morning Musume has topped the daily Oricon charts selling over 38,000 units. This puts them at a very large lead against their competitors, with the #2 album selling 9k basically securing their top spot for the week.

The last time Morning Musume achieved a daily #1 with an album release was with their 5th studio album No.5, released in March 2003. This was also their last album to achieve a weekly #1 ranking on Oricon.

Hatachi no Morning Musume was released under the name Morning Musume 20th, honoring the groups 20th anniversary. For promotional material generation 1 members Yuko Nakazawa, Kaori Iida, Aya Ishiguro, Natsumi Abe, and Asuka Fukuda were prominently used, even appearing on the album covers itself and MVs. The album has already outsold the first week sales of the groups last album effort, 15 Thank You, Too released in December 2017.