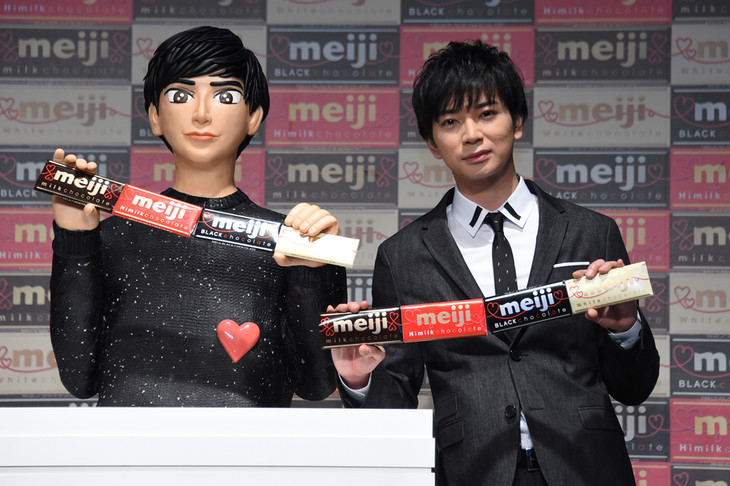 Matsumoto is currently serving as the official image character for Meiji’s extremely popular “Meiji Milk Chocolate”. The Johnny’s star appeared in a dapper suit warmly greeting all the media that appeared.

When asked for some of his favorite Valentines day memories he shared that he once had a classmate whose family owned a sweet shop. The owners young daughter would give him a tremendous amount of chocolate every year for Valentines day, and once he got a nosebleed from eating so much! 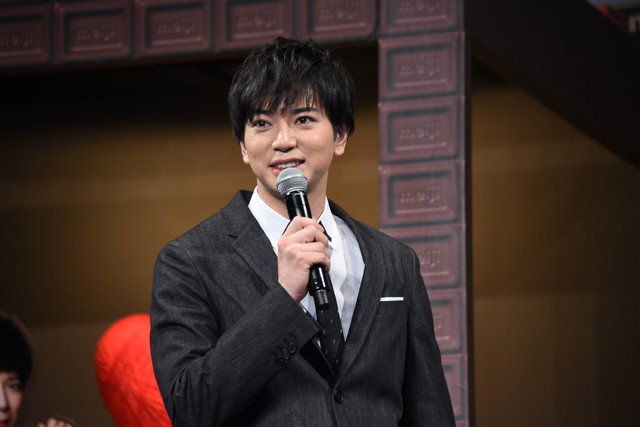 In the past Matsumoto played a chocolatier in the 2014 Fuji TV drama series Heartbroken Chocolatier. When preparing for the role Matsumoto actually learned techniques from pastry chefs/chocolatiers.

When asked if he would like to give chocolate himself, Matsumoto stated that believes he still remembers most of what he learned while preparing for the drama. So he would like to buy milk chocolate, melt it at home, and then do his own creation.

Near the end of the press conference a chocolate statue of Matsumoto was revealed, where it was playfully named “Choco Jun”. Smiling, Matsumoto approved of the name and posed next to him for a photo-op. When asked to give a score of Choco Jun’s performance, he answered with 99.9% causing laughter throughout the room (Matsumoto is currently starring in season 2 of the drama series 99.9 Criminal Lawyer)

He closed by saying he hopes everyone has a wonderful Valentines. It’s a valuable day that only comes once a year, and it’s a great time to connect with many people through chocolate. 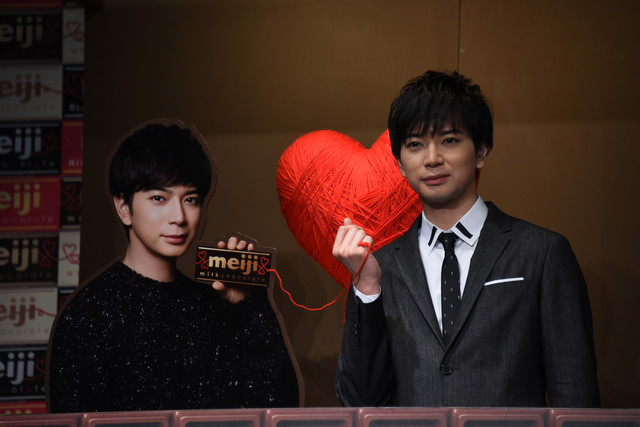