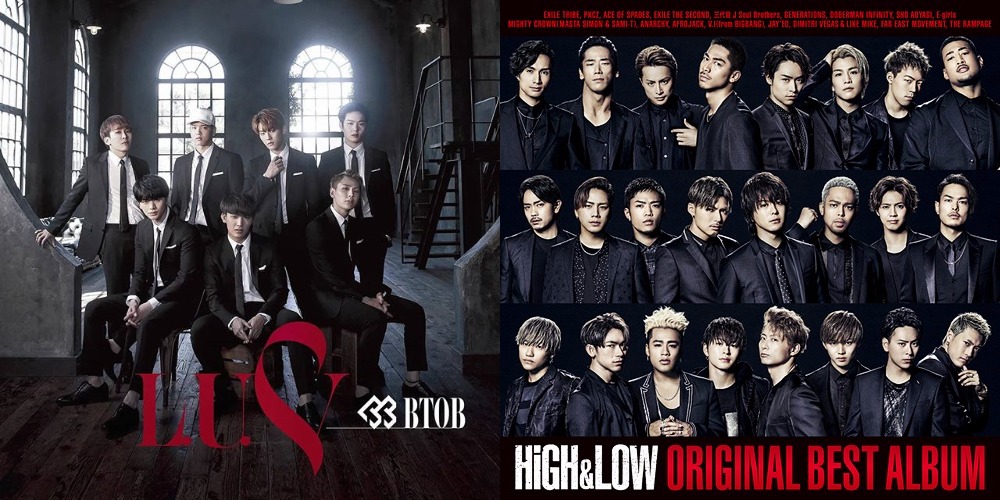 Hello, Arama! Japan readers and welcome to this week’s installment of #1 Song Review! Last week saw Flower win for the second week in a row, this time defeating V6 and Fujiwara Sakura. This week, we have 2 newcomers facing off! Find out what various staff members thought of the songs that topped the physical and digital charts this week and share your thoughts on them too!

Ronald: So in a rare occurrence, we have 2 KPop songs this week! The first one is courtesy of BTOB. I’ve never heard of this group before, seeing as how I had largely checked out of KPop before they debuted. One problem I’ve always had with KPop are the pointless raps, and this song starts off with not one, but two! The boys in this group have some vocal talent, and there is a rather obnoxious display of it around the 1:55 mark. It goes on for way too long and it sound like the vocals are venturing into struggle territory. Then there is more pointless rapping. Those things aside, I actually find the song to be on the pleasant side. When the vocals are controlled, they complement the softness of the track well. I’m just glad this wasn’t some EDM / hip hop mess like a lot of that scene has devolved into (go listen to Crush and Luna if you want to hear something decent.). 4/10

Ronald: And now we have our second KPop song of the week, but with a Japanese face, courtesy of Sandaime J Soul Brothers. When I reviewed this group’s recent album, “THE JSB LEGACY”, for The Japan Times, I pointed out how the album “revels in a certain brand of dated gaudiness”, and I see nothing has changed in the past few months since. The song starts off with some canned guitar in an effort to connote that they’re badasses, but it just sounds goofy. And cheap. And the chorus, God, the chorus… A friend of mine once described 3JSB as “orgasmic”, but not only due to their good looks and nice bodies, but also due to the fact that the vocalists tend to struggle when hitting higher notes, ending up sounding like something that wouldn’t sound out of place inside the bedroom. They really need to know their range. I mean, at least when BTOB is trying to flex their vocal muscle, how flawed it may be, there is some strength there. The same can’t be said for Sandaime. It just sounds thin. Honestly, pretty much anything LDH, minus ATSUSHI (just leave EXILE already, you’re obviously over it, hence why you’re not in HiGH&LOW at all), leaves me physically and mentally drained. I know that LDH is really trying to show a new model for boybands, one that is more current and frankly more masculine, but is this really it? If so, give me Hey! Say! JUMP any day. 2.5/10