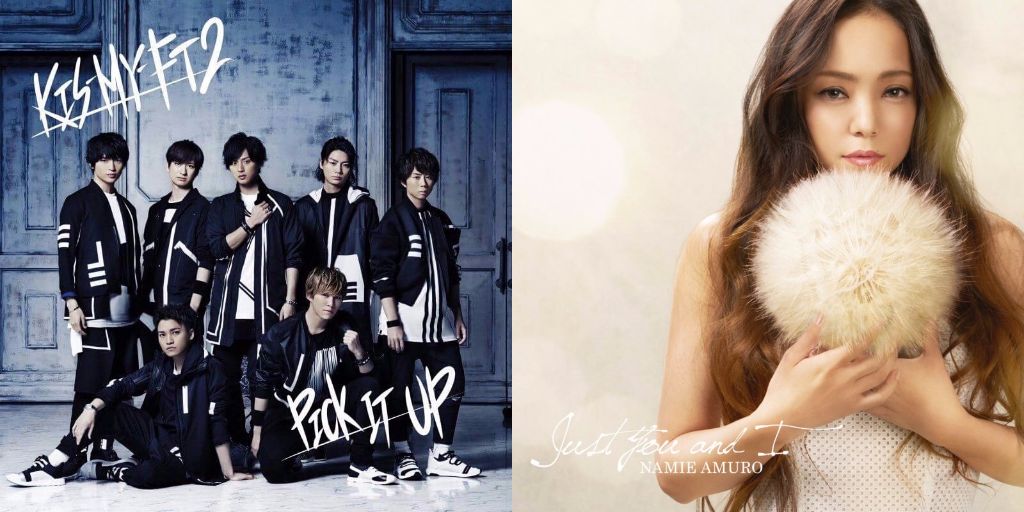 Hello, Arama! Japan readers and welcome to this week’s installment of #1 Song Review! Last week saw Namie Amuro defeat AKB48. She’s back again this week, facing off against a newcomer. Find out what various staff members thought of the songs that topped the physical and digital charts this week and share your thoughts on them too!

Ronald: This is ok. I do like the dance-oriented sound that Kis-My-Ft2 goes for at times. It’s very gay club circa 2000. I don’t know if they’re trying to bring the 00s back or if they’re just stuck there. Is this dated or strangely ahead of its time? 5.5/10

Ronald: Same review as before: More like “Just Me and Boredom.” Namie, this should’ve been an album track, not a single. I know I drag Namie a lot for being an old idol who doesn’t contribute to her music, but she does have a number of good songs. Too bad she hasn’t had one since “Mint.” This plodding ballad reminds me of another single of hers from last year that bored the crap out of me, “Hero.” I didn’t like “Hero”, so why would I like a sequel? At least it’s not the dated EDM that she’s so fond of doing… 3/10