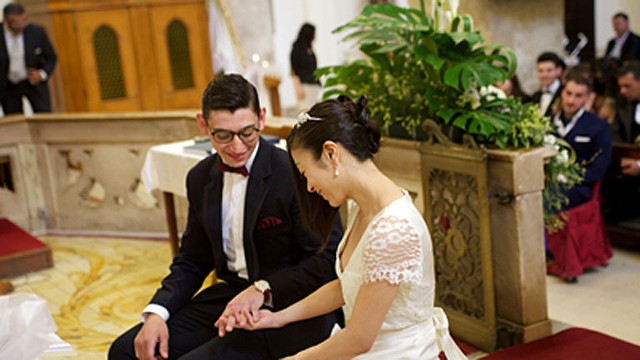 Half of the year have gone by, so it’s interesting to look back on what has gone on so far. Japan is no different with websites looking at which celebrities got married, who divorced, etc. Today we’re bringing you a list of Japanese celebrities who’ve got married and accompanying information. This year we saw of J-pop’s biggest soloists, Ayumi Hamasaki and Utada Hikaru getting married and to non-Japanese men. Though many are asking how long will Ayumi’s marriage last this time. And while Japan’s birth rate is on the decline, it’s interesting to see that this hasn’t stopped some of them such as Sakaguchi Kenji.

Please check out the list of celebrities who got married in 2014 so far.

Sakaguchi Kenji and a non-celebrity woman married, and he became a father 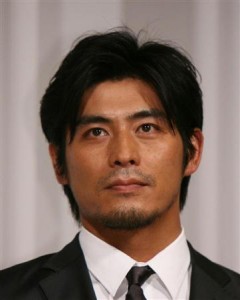 News broke out on January 10th. According to his agency, his wife is in the earlier half of her 30’s and works in restaurant management. They met last summer when a friend brought him to a restaurant and introduced him to the owner, same woman.
His wife was 2 months pregnant at the time and they’re expecting the baby in the summer. They’ll decide their marriage date depending on their work schedules. The ceremony and reception are undecided.

SHELLY married a non-celebrity man, a director at NTV 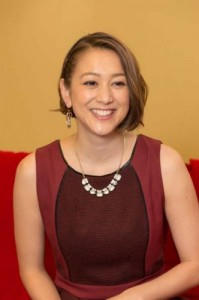 SHELLY announced her marriage on January 21st through her blog.  She said, “I found a lovely person, and somehow I was able to get married!!”. Her husband works as a director at NTV, mostly for variety shows like “Sekai no Hate Made ItteQ!”. She met him around 2010 when she went to film a show, this year they went to Hawaii for New Year’s and he proposed. 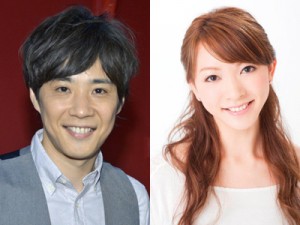 They got married on January 30th. They met in January, 2 years ago, and started dating. They got married after exactly 2 years.
Fujiwara’s comment: “I won’t forget how I felt for her since the start, I’ll devote myself to her even more so, I would be happy if everyone would look over us warmly”. Yamaguchi’s comment: “I’ll have these emotions of love and gratitude in my heart for life while supporting him.” 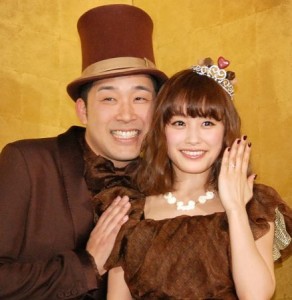 They got married on February 14th and held a press conference the same day. On June 3rd, they held their wedding in Oahu, Hawaii with around 30 close family/friends and staff members. Their comments: “We’re going to build a happy family whose smiles will never die out! Please look over us!”. At the time, Abe said the ceremony was undecided but said “Since I love kids, I want 3. If we can become a bright family” They got married on February 22nd. Arai was an announcer for Aomori Asahi Broadcasting, then for TV Aichi from 2007 to 2011. Returned in 2011, signed to HoriPro and worked as a free announcer. According to a staff member, they met in 2010 at TV Aichi’s “Minna de Sanka!! Quiz Nagoya no Gimon” and started sating a year later. Amano’s comment: “From now on, the both of us are going to tell everything to each other, just like Udo-chan and I do, and we’re going to build a close and fun family”

Hamasaki Ayumi and a non-celebrity American man got married 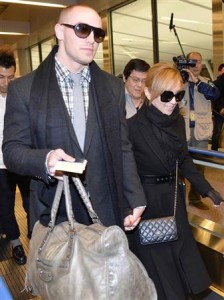 Ayumi wrote on her official fanclub on March 3rd that she officially got married. Towards the end of 2013, Ayumi announced that she was engaged to an American UCLA medical student (25). In January 2011, she got married to Mannie (Australian actor) but got divorced a year later. Their marriage wasn’t submitted in Japan so she was still listed as “single” on her register. She apparently plans to submit this one, so it’s her first official marriage. They met in January 2013 though a friend during New Year’s break, they started dating in the spring 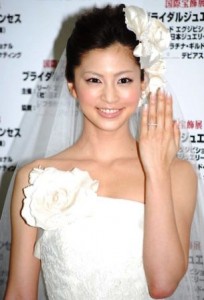 Got married on March 14th. They started dating 2 years ago. Shimotori started the men’s brand “VICTIM” in 2002.
Yasuda wanted to get married on “3.14” because it was the number of “Pi”, and Pi is a number that continues forever and ever. She will continue to work as a talent. 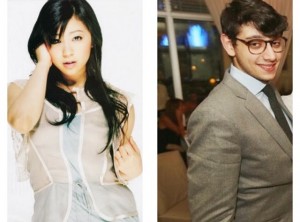 They met in London. Utada announced her marriage to an Italian bartender named Francesco Cariano (23) in February. Their wedding took place in Santa Maria Cassunta hurch in Polignano a Mare, Puglia, Italy on May 23rd. Utada reported “I got married!!” really energetically, and “I’m full of gratitude. Thank you”. Utada previously got married at 19 years old in 2002 to 45 year old photographer Kiriya Kazuaki. They divorced in March 2007. She was dating a Japanese artist named Fukuda Tenjin since 2009. Suzuki is a former baseball big leaguer, Ohara was entered into his register on May 31st, they had a conference regarding the announcement at their agencies’ office on June 1st. They met in Fall 2011. Suzuki and his friend visited a restaurant that Ohara managed. They met since Ohara happened to be there that day. Suzuki lives in Iwaji Island, Hyogo, but Ohara is based in Tokyo so they’re in a long distance relationship. Ohara lives in both places.

Katou Natsuki and a non-celebrity man got married 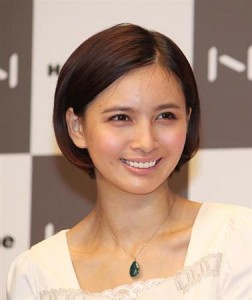 Katou announced on her blog that she got married on June 6th to the man she was dating. According to her agency, her husband is around 30 and is a web designer. Katou introduced him as “older but always smiling, and has a kind personality, sometimes he scolds me, and he’s an important person that supports me”. She commented in regards to her marriage, “Having fun together, supporting each other in hard times, and wanting to build a warm and bright family brought us to marriage”.

hitomi and a non-celebrity man got married This is hitomi’s 3rd marriage. They met in September 2013 through a friend and started dating the month after. She announced on her blog that she got re-married on June 4th, and she’s 5 months pregnant. According to staff, the man owns a company. He resembles Fujii Fumiya. hitomi married a former member of GASBOYS in 2002, but they got divorced in Fall 2007. She remarried in June 2008 to actor Haneda Masayoshi, gave birth to her 1st daughter in December then divorced in December 2011.