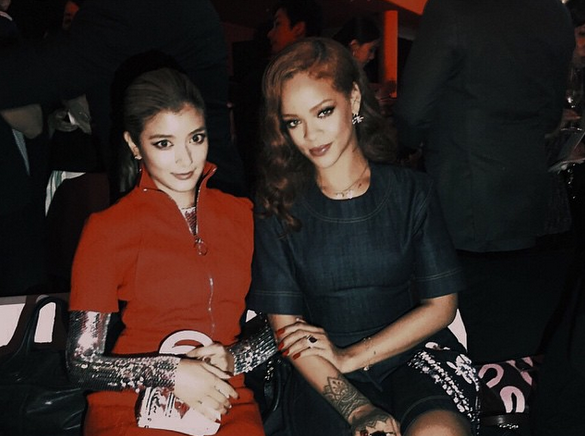 Late last year, esteemed French fashion house Christian Dior presented its Pre-Fall 2015 show in Tokyo. Today, Dior returned to Tokyo to re-stage its Fall 2015 show that originally took place in Paris earlier this year. The show took place at The National Art Center, Tokyo. The event brought out the likes of Rola, Mika Nakashima, Kato Miliyah, and Mademoiselle Yulia. Dior ambassador Rihanna also made the trip over for the show. She even took pictures with a few of the Japanese celebrities in attendance. Check out photos of the attendees after the jump!