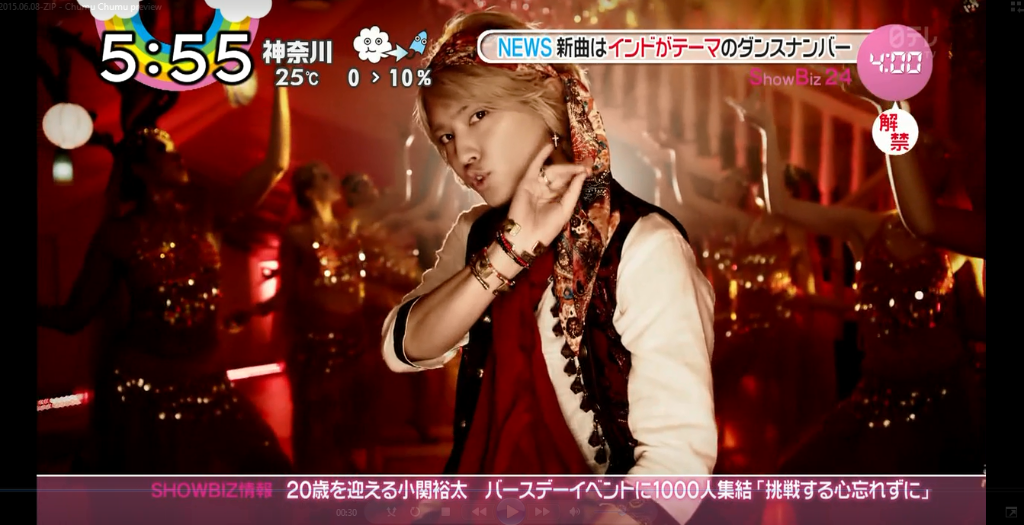 On June 13 and 14, NEWS held the final peformance of their NEWS LIVE TOUR 2015 White at the Tokyo Dome. The tour started from March in conjunction with the release of the group’s latest album “White”. They carried out a total of 16 performances in 7 locations and mobilized an audience of 255,000.

Member Masuda Takahisa took charge of the design for 9 of the group’s costumes for the tour. The tour content and production was carefully crafted by the members during discussion. NEWS performed over 33 songs, centering on their album songs. In addition, they showcased their new single Chumu Chumu, to be released on June 24 during encore, delighting 55,000 fans on the final day.

‘Chumu’ means ‘Kiss’ in Hindi and for this Tegoshi Yuya shows off a “kiss face” during the MC, received by great cheers by the fans.

In addition, Tegoshi’s states “In my life, there is something I’d consider as one of the top 3 hardest things to happen to me. I thought my heart was going to break just before this tour. But I thought, I should try a bit harder and thrive to meet everyone and reveal everything in my heart, and thanks to it I was able to overcome this (WS).