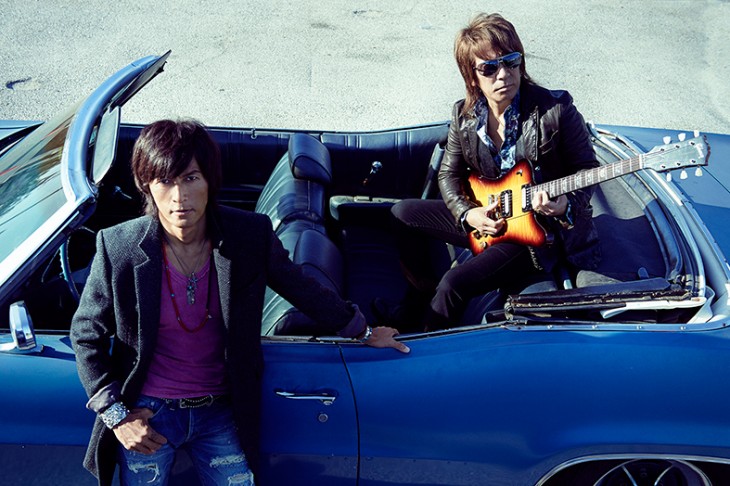 It has been revealed that famous hard rock duo B’z will be providing the theme song for the new NHK drama “Dark Suit”.  The track will be titled “Exit To The Sun” and is the group’s first new song in over a year and their first standalone release of new material since “GO FOR IT, BABY -Kioku no Sanmyaku-” in April of 2012.

“Dark Suit” is a suspense drama set in the offices of an electronics manufacturer, where one of the employees discovers the existence of a slush fund which has been set up within the company.  The show will star Takumi Saito and is set to begin airing on the 22nd of November.

As of yet there has been no release information announced for “Exit To The Sun”, so it looks like we’ll just have to wait until a bit later in November to hear the track.  In the meantime, feel free to check out the PV for B’z’ previous single “GO FOR IT, BABY -Kioku no Sanmyaku-” after the jump.