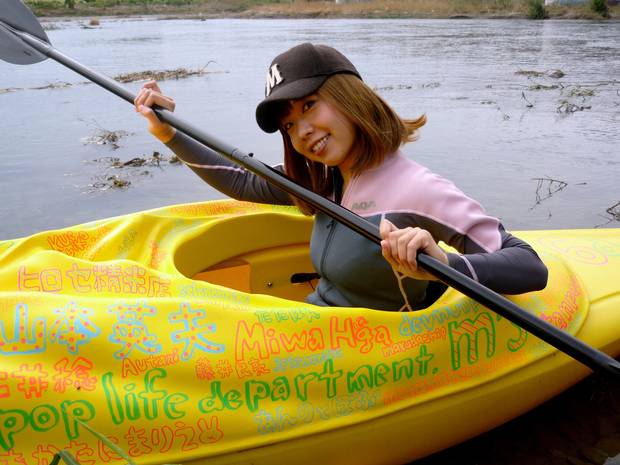 In July 2014, artist Rokudenashiko (real name: Megumi Igarashi) was arrested for obscenity after building a kayak modeled after her vagina and distributing data that would allow supporters to print a 3D replica of her vagina. She was arrested again the following December after releasing a manga in which she mocked police for arresting her. If found guilty, Rokudenashiko faces up to 2 years in prison and a $20,000 fine.

Broadly, Vice’s new female-focused arm, recently went to Japan to find out more about the issues revolving around Rokudenashiko’s arrest. They found the stance on what is and isn’t obscene to be contradictory, and somewhat misogynistic. For instance, there are public festivals in which penises are revered, but art involving vaginas is seen as indecent. There is also a booming sex industry, but images involving genitalia are taboo.

Japan’s censorship laws are strict and outdated when compared to many other developed countries. Will Rokudenashiko’s case change things for the better? Or will it result in more censorship on displays that are seen as obscene?

Check out Broadly’s “Vagina Art & the Paradox of Japanese Censorship Laws” after the jump!