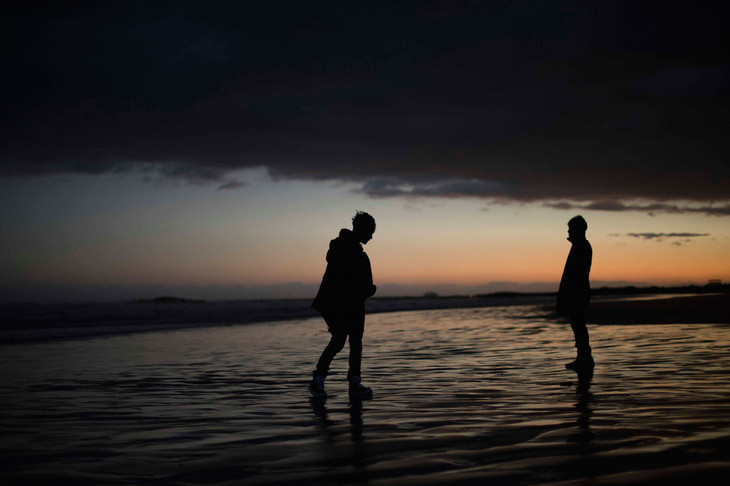 Michiyuki Kawashima (Vo/Gu) has been battling a brain tumor and previously announced a hiatus from work to focus on treatment. Last year, his fourth relapse left him with many serious problems. He has difficulty communicating and impairment in his arms and legs. Currently, he is spending time with his family and will not be releasing any new music.

The collection is described by both the artists and fans as a complete work, representative of the band’s history and worthy as the final release in the band’s career. Despite its short playtime, it feels more like an album than an EP.

EP “LAY YOUR HANDS ON ME” is complete and ready for release on June 22. Featuring four tracks and 22 minutes of play time, the EP brings festivities, endings, silence and new beginnings. This EP is both a grand and beautiful—like the life of our band in a mere 22 minutes. The advance listeners are all calling it an “album.” Actually, that was what Kawashima wanted. I think I’ll be able to say with confidence, “Our 10th album is finished at last.” It is a work befitting of the final, closing curtain of our band’s history.

This is BOOM BOOM SATELLITES final release. Paralysis and other complications with Michiyuki Kawashima’s brain tumor have made it so. Michiyuki Kawashima has now closed his life as a musician and is spending his days living peacefully with his family. Although words come slowly, he can still speak. His arms and legs have become impaired, and he relies on a wheelchair more and more. It is difficult to communicate clearly with him; at times even I don’t know what he’s thinking. But I can feel his aura of completeness and achievement. To me, he looks like a husk that has poured its very life force into this final work. I want to call out to him, “Thank you! You’ve done your best!”

In a few short breaths, Michiyuki Kawashima’s 20 year musical journey will draw to a close. Together, we’ve crossed countless landscapes. Looking back, nothing was easy—we struggled, squirmed and shouldered forward to our hearts’ content. Every moment remains as an amazing, bright and sparkling memory.

Just a bit more until the finish line. I hope you enjoy our music on June 22.