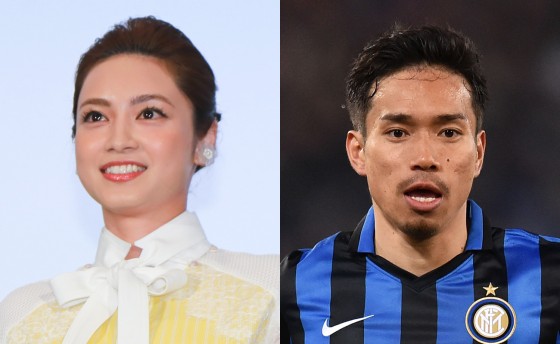 Actress and tarento Airi Taira (31) announced on her official blog that she is in relationship with soccer player and member of Japan’s National Team, Yuto Nagatomo (29). According to Taira’s statement, the couple is steadily heading to marriage despite the long-distance relationship. Nagatomo is bound by contract with Italian Internazionale.

The lovebirds met one year ago on a dinner arranged by comedian Sanpei, who is a fan of the soccer team and a close friend of Taira. This unusal cupid also “blessed” the couple and said that he is more than happy that he had his part in bringing them together.

The actress strongly denied the possibility that she might be pregnant and the happy news a cover for a shotgun wedding.