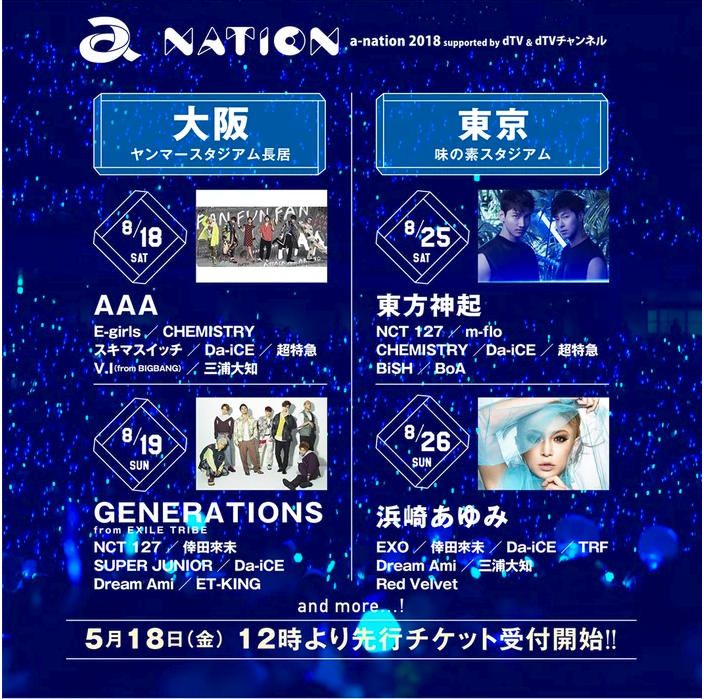 This year the festival will have 4 primary dates, with each of them having their own headliner and supporting acts. Additionally, the dates will be held at venues all around Japan. Tokyo, Osaka, Nagasaki, and Mie were the four locations selected.

The first round of artists were announced a month ago, the headliners for the dates at the major shows in Tokyo and Osaka have finally been revealed. They are as follows:

Since beginning in 2002, a-nation has went on to attract over 5.8 million guests over the years making it Japan’s largest music festival.