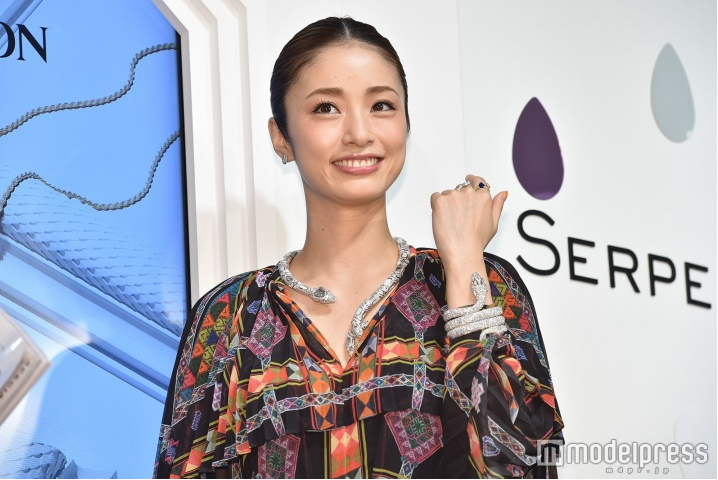 Actress Aya Ueto wowed the press when she showed up to a Boucheron Paris event in Tokyo wearing jewelry worth over 200 million yen. Boucheron is a world renowned French Jewelry house that was originally founded in 1858.

The most expensive items worn by Aya were two dramatic statement pieces. A necklace and bracelet in the shape of a serpent, both from the labels premium “Serpent Boheme” collection.  Sitting around Aya’s neck was the “Opalescent Serpent”, a piece that was first created by the company’s founder Frederic Boucheron, as a gift for his wife. Symbolizing love, protection, and a happy life the necklace is made out of diamond, opal, and rock crystal. When asked by reporters how the pieces felt to wear Aya was a bit surprised at how comfortable both the necklace and bracelet felt. Sometimes a piece with so many gems can become a bit heavy and feel irritating, but these Boucheron pieces provide both chic and comfort. 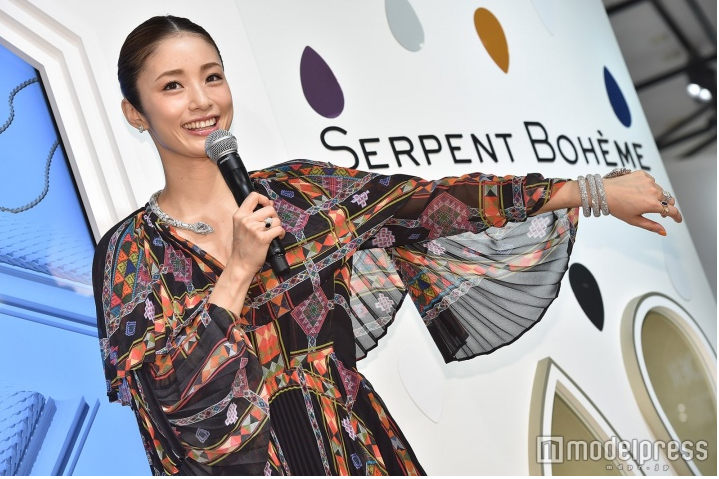 Aya was also adorned in Boucheron jewelry when she walked the red carpet at the Shanghai Film Festival.  Playing the perfect saleswoman she commented that the jewelry really elevated her look, even with a fancy dress and hair/makeup done professionally, the jewelry was definitely the highlight giving her a dignified feeling overall.

The theme of Boucheron’s new campaign in Japan is going on a “journey to meet new people”.  Aya herself stated that while also wanting to meet new people, she wants to try and do more sports to increase muscle mass and have a more healthy body overall. The press conference took place at the famous department store Isetan Shinjuku, she couldn’t help but gush at the beautiful assortment of children’s clothes.

Since giving birth to a healthy baby girl in 2015, Aya took a small break from the industry to recuperate. In June 2017 her film ” Hirugao: Love Affairs in the Afternoon” was released, her fist acting role since 2015’s drama series “I’m Home”.

Aya can be seen in the latest July issue of Vogue Japan, where she models more items from the Boucheron collection.