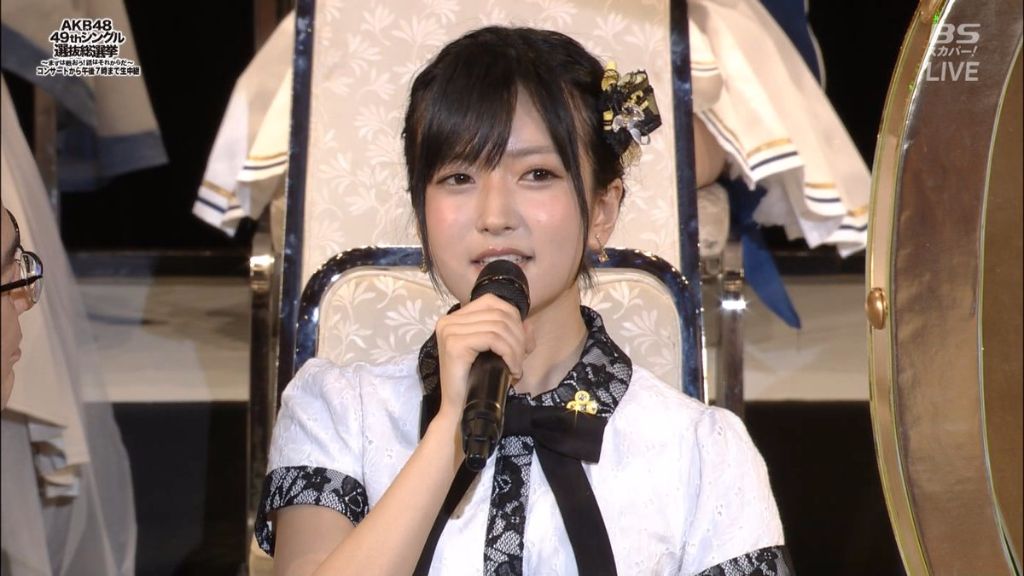 When NMB48 member Ririka Sutou announced that she will be getting married at the 9th annual Senbatsu General Election, the fandom was shook. Especially because they didn’t even know that she was in a relationship.

Fanblog AKBZine has uploaded a subtitled video of her announcement:

Attaining #20 in the rankings, she revealed the news of her engagement during her General Election speech. Many took it as a joke at first and it took a couple of reinforcements of “I have a parter, I’m getting married” for the members in the audience to finally believe it.

As soon the event was over, tabloid magazine Shuukan Bunshun shed light on the circumstances surrounding Sutou’s partner and their relationship. This is the first relationship she has ever been in.

According to the report, Suto’s fiance is a commoner. Despite not wanting to reveal much information about him, the tabloid gathered that he is a man in his mid-20s who studied psychology and was in a band while he was a student, and is now working in the medical field.

Her fiance is said to have been a fan of NMB48 prior to meeting each other, understanding idol culture and the group’s dating ban policy and developing a relationship in private. “The love ban rule is something you decide for yourself,” she divulges in an interview with Nikkan Sports.

She denies the claim of him being a fan, saying he has never even seen her perform. Due to her schedule with her group, she was constantly in Osaka while he was in Tokyo and they continued their relationship long distance.

The couple have been together for more than a year. He is an acquaintance of her mom’s and they first met in November of 2015 at her mom’s restaurant birthday party.

He proposed to her at the start of this year with no ring, and the couple are in no rush to get married. She is not pregnant.

from JP tweets:
1. she plans to grad, even though AkiP also offered for her to stay

The 48 groups, and idols in general, are known for their strict dating ban policies with prior violations have been met with severe punishments. However, producer Yasushi Akimoto gave her the chance to stay within the group as a married woman. Despite his blessing, Suto plans to graduate from the group but details have not been discussed.

Post graduation, she would like to continue her career in show business as a talent, as well as attain an undergraduate degree. She is interested in philosophy and released a philosophy book in 2016 coauthored by Horiuchi Shinnosuke, a political sociologist, lecturer and researcher.