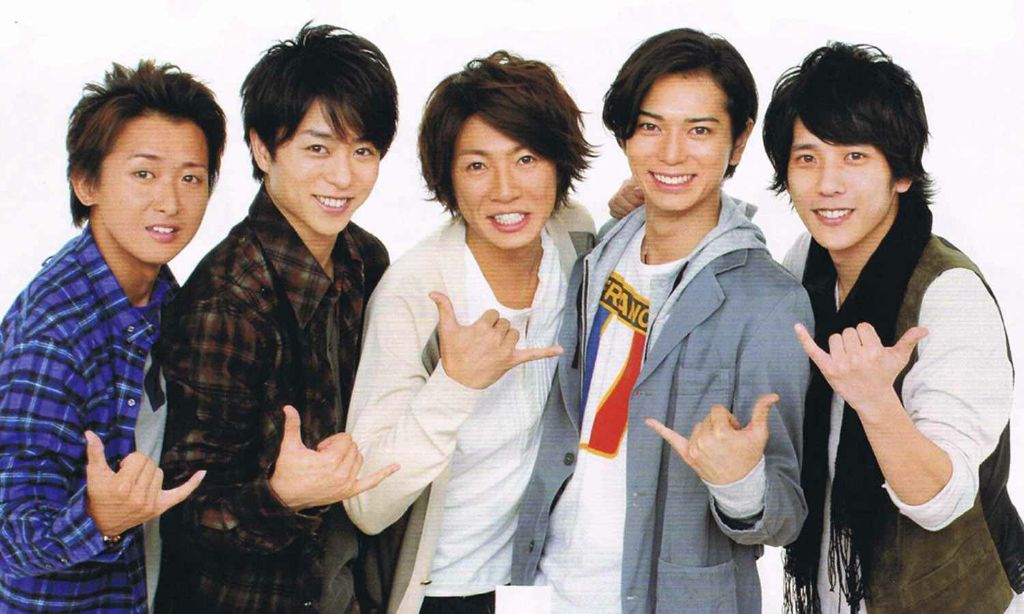 It was recently anounced that Arashi was chosen to host the Kouhaku Uta Gassen for the 5th year in row. Now, reports are saying that of Arashi with the help of Johnny Kitagawa himself bribed their way into the hosting position.

On the 10th of this month, the hosts for the Kouhaku Uta Gassen were announced. For the red team, it will be Yoshitaka Yuriko, who played the heroine on Hanako to An. The white team will be represented by Arashi, who are hosting for the 5th consecutive year.

As for how Arashi got the hosting seat this year, it is said that using a joint signature with Johnny Kitagawa they sent provisions to people connected with NHK, such as inviting them to the concert in Hawaii, providing them with stays in fancy hotels along with giving them presents of expensive bags and neckties.

As Quoted:
“This is the first time someone outside of an announcer has hosted for five consecutive years. Nakai Masahiro hosted 6 times because of ‘exceptional well treatment’, but those times were not consecutive.” -Entertainment Writer

“For the white team, names were suggested such as V6, which has both Okada Junichi, who plays the lead in the Taiga drama Gunshi Kanbei, and Asaichi MC Inohara Yoshihiko, and TOKIO, who reached their 20th year since their debut and their 20th consecutive year appearing in Kouhaku.” -Entertainment Writer

As for the white team, using Johnny’s talents was almost certain but “Within [the company] the effort put towards Arashi was special,” says an NHK associate.

“Just like they did their debut anniversary concert on a grand scale, as a conclusion to their anniversary year they wanted to get the hosting gig by any means necessary. So in the summer, they sent the higher ups in charge of Kouhaku a cake as a way of saying “Please be good to us this year.” -NHK Associate

Anyone can see that Arashi gets special treatment.

NHK was given total coverage of last month’s concert and next month a documentary containing that behind the scenes footage will be broadcast. In truth, [the total coverage access in] Hawaii was also a present [sent to NHK].

Of course, NHK was invited a member of the media and did their coverage while staying at a high class hotel. Pricey name brand neckties and bags were sent to the hotel rooms of every company and every station as a souvenir from Johnny’s. Without fail, the media was surprised.” -NHK Associate

Arashi was safely chosen as the hosts because of these efforts. There have been whispers about the main attractions of this year’s Kouhaku being Frozen and Youkai Watch, but for Arashi fans there is a bigger point of attention. “That would be the lead in next year’s Taiga drama “Hanamoyu,” Inoue Mao. It is common for the stars of the next year’s Taiga drama to appear in Kouhaku as a judge or otherwise. If that happens, it is rumoured that there will be a live exchange between her and Matsumoto Jun, who she is dating.” -The previously mentioned entertainment writer

Inoue appeared next to Arashi and represented the red team three years prior, but at the time [Inoue and Matsumoto’s] relationship was thought to be nothing more than a rumor.

It seems that this upcoming Kouhaku will be one that Arashi fans won’t be able to keep their eyes off of.

It appears that through the alliance with President Kitagawa and Arashi along with the expensive hotels and box of cakes that Johnny’s is saying “Please choose Arashi this year.”

Furthermore, the welcome for the Hawaii concert invitation was amazing. From the hotel to the name brand bags and neckties being souvenirs. Fans used up large sums of money to go see a concert in Hawaii, but there money is being passed around in this manner..