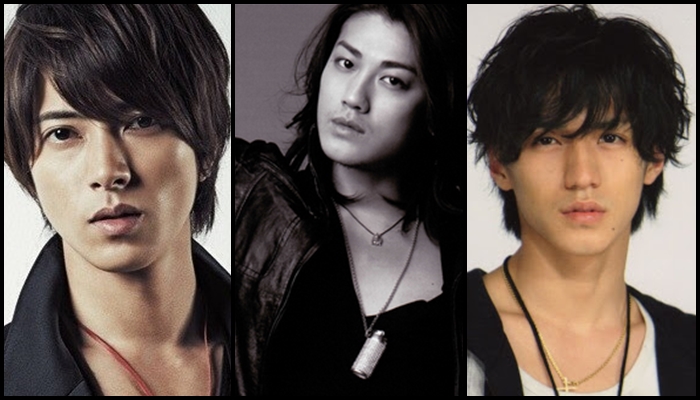 According to related parties, the three known collectively as the ‘Akanishi Troop‘ were possibly going to be charged or arrested for the damages when Johnny’s Jimusho, at the last minute, stepped in and arranged a reconciliation with settlement money. It was reported in June by various media that the three were involved in an incident with a certain person in Roppongi. Apparently, the person had filmed them without their permission and an enraged Yamashita took the phone. Afterwards, Akanishi returned the phone to the police but as it was damaged, the owner filed a damage report with the police and a property damage enquiry was launched.

Sources report that the damage report was accepted and an arrest (at the time) could not be avoided. Until now however, this matter was only reported by “Tokyo Sports” and “Friday” who both have hostile relations with Johnny but if this leads to anything more serious (like an arrest) then other media sources will no doubt report on it too. 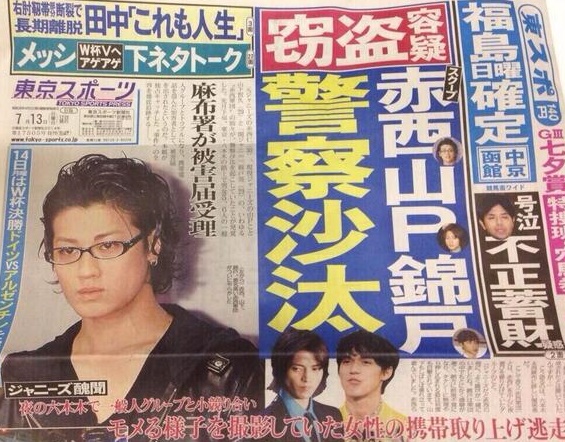 Negotiations with the victim were apparently mostly being handled by Akanishi’s lawyer however it was Johnny’s lawyer who arranged the settlement reconciliation money. If the damage report is withdrawn, the charges will be dropped and the matter will be wiped clean at lightning speed. With regards to this smartphone incident, it seems there will be no doubt that Yamashita and Nishikido will be severely restricted in their activities in the future.

According to advertising agency officials, Nishikido appeared alone in “24 Hour Love Saves the Earth” which was broadcasted in August. The Johnny’s side seemed to have been warned against ‘standing out with conduct and speech’. On VTR he behaved as normal but come the live broadcast section, apparently it was not the same. A fan commented online, wondering why Nishikido wasn’t talking so much. His drama “Gomene Seishun!” (Sorry Youth) has already gone underway but apparently next year, there is some kind of penalty waiting for him. According to sources, it’s not a laughing matter at all and by the sounds of it, it’s not going to be pretty.

The incident itself is resolved but with regards to Yamashita and Nishikido, they may yet have a heavy price to pay.

Some netizen comments followed after this: