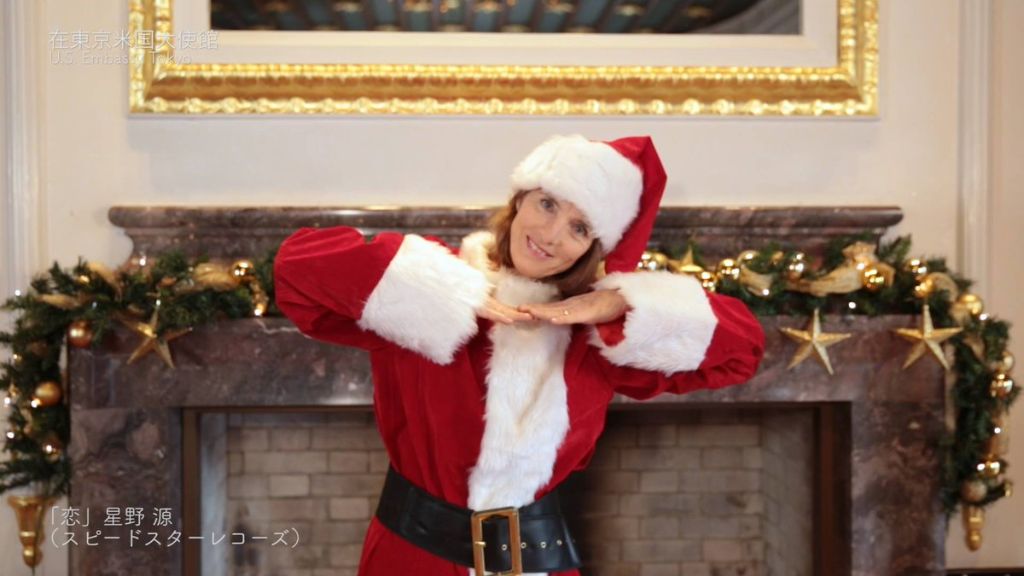 The viral sensation that is Hoshino Gen’s “Koi Dance” continues to spread, this time hitting the US Mission in Japan’s offices. A video was released on the US Embassy Tokyo’s official YouTube channel which shows members of the staff in Tokyo, Sapporo, Nagoya, Osaka, Fukuoka, and Naha performing the popular dance. Included in the video is the American ambassador to Japan, Caroline Kennedy, performing the dance in a Santa costume in an effort to spread holiday cheer. She is the only surviving child of President John F. Kennedy and First Lady Jacqueline Kennedy. In the day that it’s been out, the video has garnered more than 1.1 million views. Check it out below!