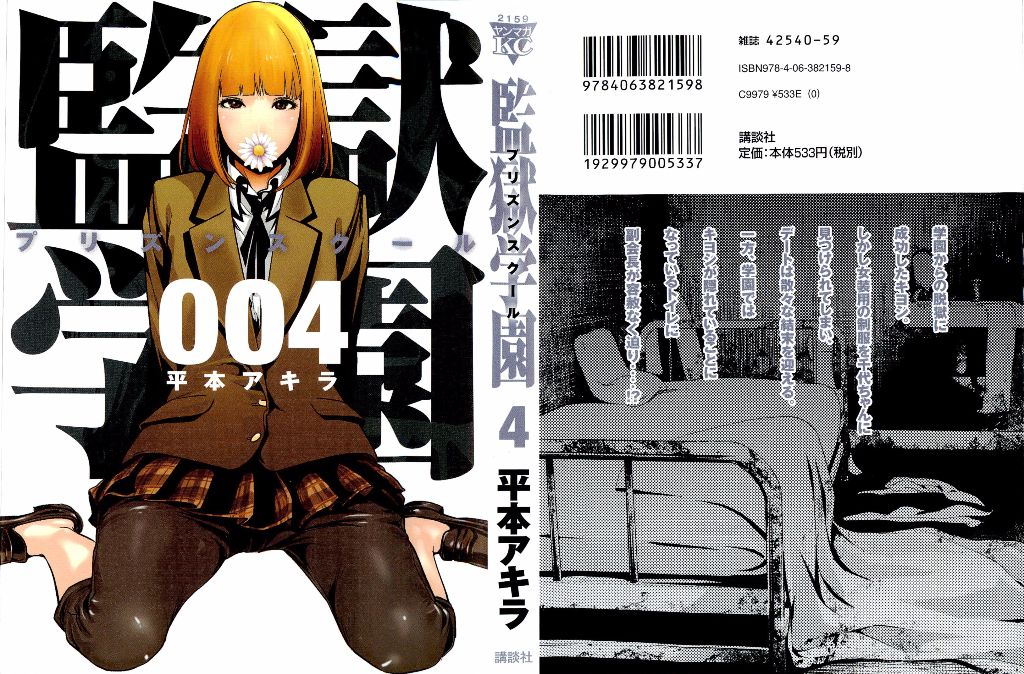 On August 4, it has been announced that Akira Hiramoto’s infamous manga “Prison School” will get a drama adaptation, scheduled to start in October.

The original work has been serialized in Kodansha’s Young Magazine for over 4 years now and has 6 million copies in print.

Last year, it was selected as the “Best General Manga” at Kodansha’s 37th Annual Manga Awards. The 18th volume will ship on August 6.

Hachimitsu Private Academy, known for its strict rules and its outstanding record as a college-prep school, is about to face a major turning point.

For the first time ever, it allows boys to enroll. Kiyoshi Fujino and his four friends Gakuto, Shingo, Joe and Andre are the first to be accepted. Shortly after being admitted, they fail to comply with the school’s strict rules against voyeurism and sexual harassment and get transferred to a “school prison”.

The cast for the upcoming TBS network drama will be announced at a later date.

Check out the trailer for the “Prison School” TV anime: