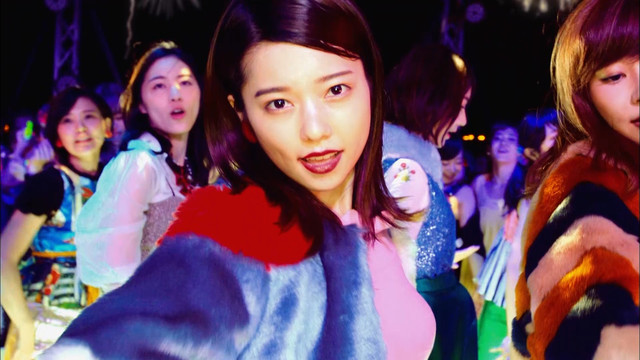 The latest single from AKB48 is funky disco-inspired “High Tension“. For the last time before her graduation, Haruka Shimazaki takes the center stage in this groovy, catchy number.  With just a snap of her fingers, Haruka signals the start of the party and sends everyone into a dancing frenzy.

Catch the MV after the jump!

The music video features the following special guests: Soichirou Tahara (Political Journalist), Kenichi Endo (Actor), and Nicchiro’ (Comedian). Special appearances weren’t just limited to humans as Pepper the Humanoid Robot also made a cameo. In addition, extras from all sorts of backgrounds, were gathered for Shinjuku’s Robot Restaurant scene. Haruka said she even learned some English from the extras between takes on set.

Available in 5 Limited Editions and 5 Regular Editions, the 46th single will hit stores on November 16th. The complete tracklist has yet to be announced.