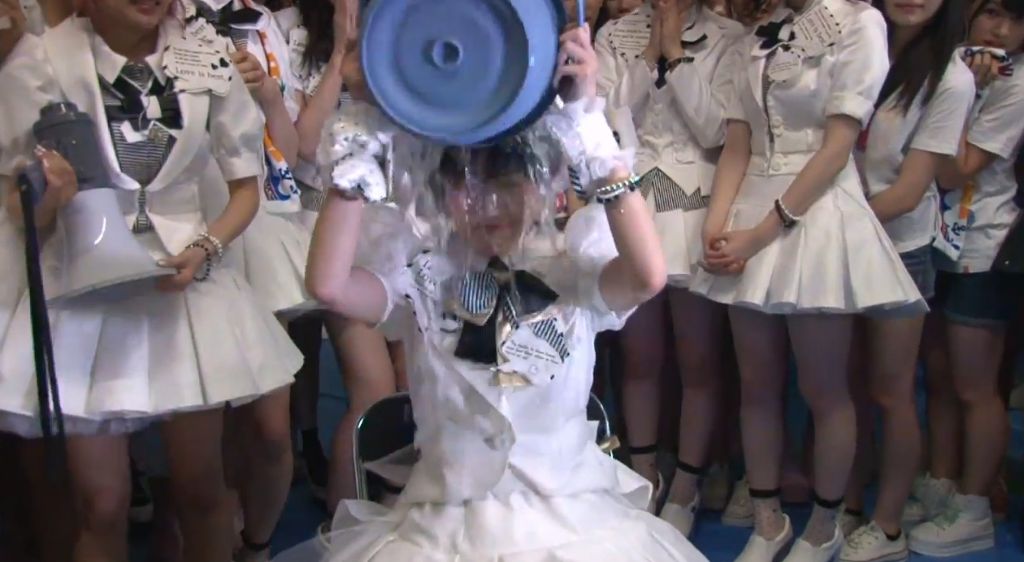 They were challenged to participate in this viral campaign on the last day of their 3-day Tokyo Dome concert. Rino Sashihara and Minami Takahashi dumped the bucket of ice on their producer Akimoto’s head, while Mayu dumped the bucket on her own head like the Independent Woman she is.

Check out the video of both below.

You’re probably tired of these ALS videos, but the center of one of Japan’s top idol groups is no doubt going to bring attention to an incurable disease and contribute to its continued research.

Thank you to everyone who sent this tip in.