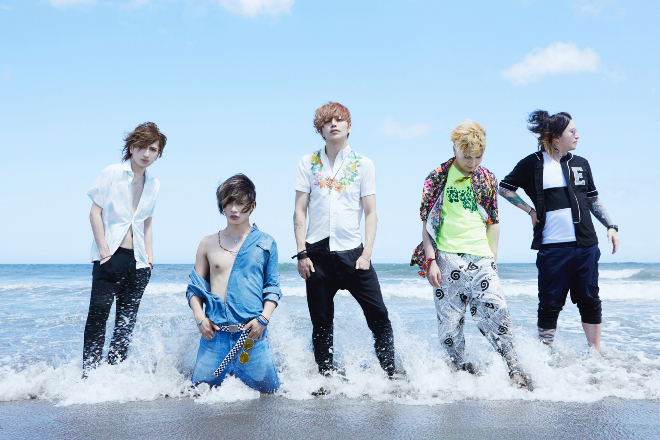 Visual kei band A9, previously under PS Company with the name Alice Nine, has announced its plans for the upcoming fall.

Fresh off the promotion activities of the single ‘Re:Born’, released in early August, the five-member group announced the release of their second single this fall. The single titled ‘Pendulum’ is scheduled to come out on September 20th as two different versions. The limited edition comes with the music video for ‘Pendulum’ and an extra track, and the regular one includes two songs and their instrumental versions.

A9 is currently in the middle of its 13th anniversary celebrations. In addition to various lives, concerts and CD releases, they have also announced they will publish a series of photobooks called ‘5 ELEMENTS PIECES’. The title is a reference to their previous hard-cover book ‘Piece of 5ive Elements THE BOOK’ released in 2009. Each of the new photobooks focuses on one member. The concept of the photobooks is to cut open and reveal the present situation of the band, showing the members bare, according to their press release – and judging from the samples released, at least when it comes to bassist Saga, ‘bare’ seems to be the keyword.

The photobooks will go on sale in October and November. The band is distributing preview samples of the photobooks at their Shinkiba Studio Coast live on August 26th.