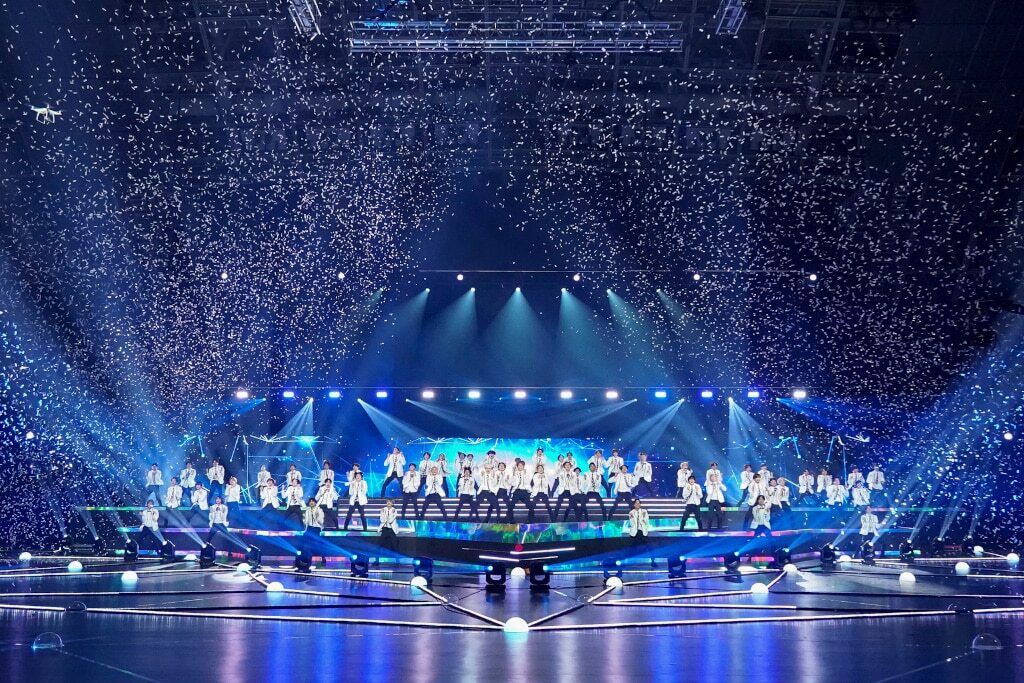 As previously reported, “PRODUCE 101 JAPAN” is back for season two! The season premiere will debut on GYAO! on April 8. The season finale, which will see the selection of the new eleven member boyband, will be aired live on TBS on June 13 from 2 PM – 3:54 PM JST.

From April 14 – June 9, a special “PRODUCE 101 JAPAN SEASON2” recap series will air at midnight on TBS. The show will be hosted by Kumazaki Kazato, a TBS annoucer who was a big fan of the first season of “PRODUCE 101 JAPAN.”

Today, the performance video for “LET ME FLY ~Sono Mirai e~”, the theme song for “PRODUCE 101 JAPAN SEASON2” was released on YouTube. The 60 trainees who survived the online fan vote are featured in the video. Check it out below!