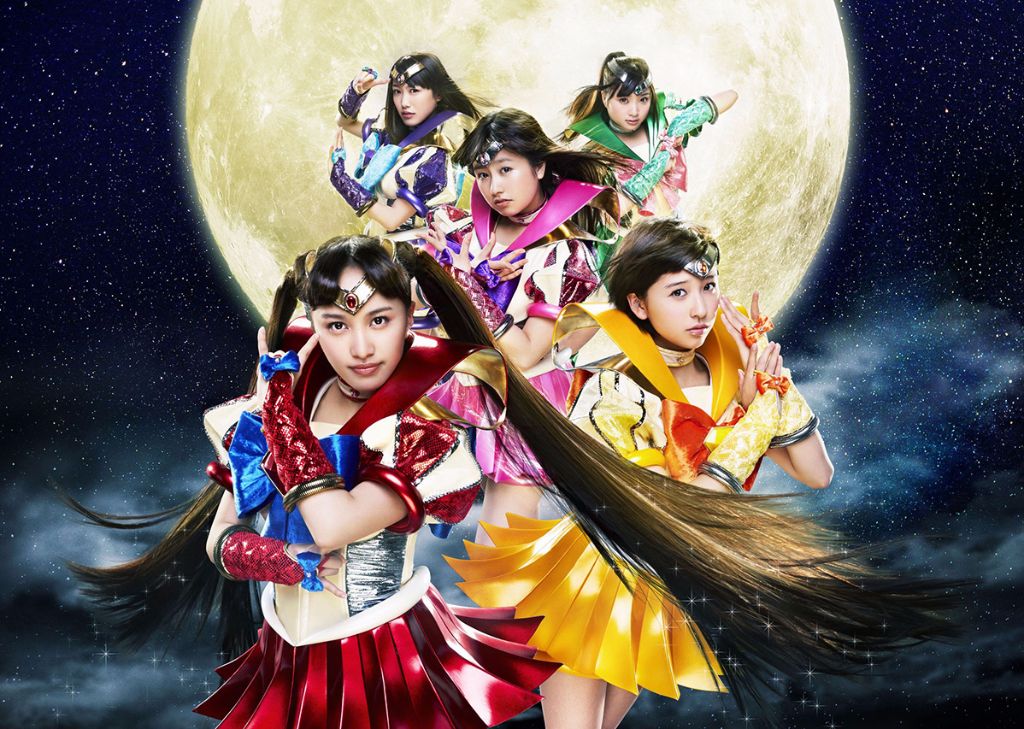 Formed in 2008,  idol unit Momoiro Clover Z (affectionately known to fans as MomoClo) have contributed music to some of the world’s most popular anime programs and films, including Dragon Ball Z: Resurrection ‘F’, Sailor Moon, and Pokemon. In 2014, they were chosen as one of the opening acts for Lady Gaga’s successful tour across Japan. Now they’re ready to take on the world’s stage on their own.

The 5-member girl group is set to come to the United States this month to embark on their 3-city Trans-America Ultra Live Tour. From November 15 to 19, making stops in Hawaii, New York, and Los Angeles, the girls will sing their hearts out to US fans for the first time since Anime Expo 2015, where they were joined on stage by Paul Stanley and Gene Simmons of KISS celebrating their hit single “Yume no Ukiyo ni Saitemina“.

ARAMA! JAPAN had the chance to talk to Momoiro Clover Z members Ayaka Sasaki and Reni Takagi ahead of their upcoming tour to find out more about their life as popular idols, get a closer look into their thoughts, how they prepared for the tour and have them answer some sillier rapid-fire questions.

What made you want to become idols?

Ayaka Sasaki: I loved Morning Musume but it was sort of coincidental that I became part of Momoiro Clover Z. lol

What does it take to be a member of Momoiro Clover Z? How has the group changed you?

Ayaka Sasaki: Have not really thought about this that hard, but it has made me become a brighter person.

You released your latest single “The Golden History” back in September. Could you tell us what the song is about?

Ayaka Sasaki: Autumn in Japan is the season for rice. A lot of the lyrics are a representation of Japanese culture. The tempo is up beat so I hope everyone will jump at the choruses.

You performed in Los Angeles for last year’s Anime Expo, but for this tour you’re also going to be performing in Hawaii and New York City as well. What are you most excited for?

Ayaka Sasaki: I’m excited for the shows obviously, but food will also be an exciting part of the trip.
Reni Takagi: The shows are the most exciting thing but I’m looking forward to eating local food and buying cute local gifts also.

What made you want to do a US tour?

Reni Takagi: It was a complete surprise! A pleasant one!

How is the preparation for an overseas live different from preparing for concerts in Japan?

Ayaka Sasaki: The language being different is a big difference. None of us can speak English…
Reni Takagi: There will be people to see us live for the first time so a concern is if the concepts of our songs will translate to the audience.

Are there any rituals you do before performing?

Ayaka Sasaki: We do a roll call.
Reni Takagi: Everyone is part of roll call.

How will you get the audience involved at your shows?

Is there any other place you would like to perform or visit in the US?

Ayaka Sasaki: Disneyland.
Reni Takagi: I simply would love to visit Disneyland and Salvation Mountain (an environmental art installation covering a hill in the Colorado Desert in Imperial County, California)!

Although you are idols, you have a strong recognition within the anime industry and you’re the only group to provide the theme music for three well-known worldwide anime: Sailor Moon, Dragon Ball Z and Pokemon. Are you fans of anime?

Ayaka Sasaki: I watched Sailor Moon growing up.
Reni Takagi: I was a super fan of anime when I was young and watched it everyday. I watched “Cheeky Angel” and it still is a strong memory from when I was small.