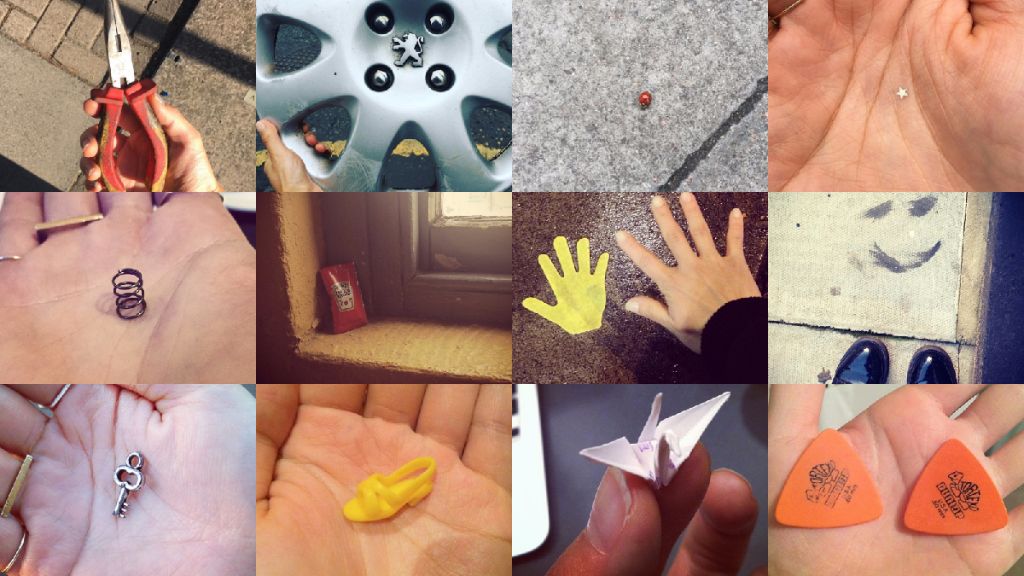 With the rise of social media happening during her hiatus from the entertainment industry, legendary recording artist Utada Hikaru has used her social media accounts to give a glimpse into her mysterious life away from the spotlight.

Unlike most celebrities, Utada uses her social media accounts in a very down-to-earth sort of way, not using it to show off or really promote herself.

For the past 6 years, she has consistently been picking up things and displaying them for her fans. Now that she’s back (and actually promoting), it seems like she will continue this long-standing tradition and I’m excited about it.

Who else but the J-Pop queen of detail?

Since it has been 17 years since her Japanese debut, check out these 17 things Utada has found.

Something small: a shoe

Dear diary, today I found a microscopic shoe on the pavement. ちっさい靴拾った。道端で。 pic.twitter.com/NrQdRXVF

Something small: an origami crane

Look what I found on the street today! 今日道端でこれ拾ったよ(^o^)

Something unusual: a waving hand in the pavement

The street said Hi so I said Hi back. 道路に挨拶されたので私も挨拶。

Something unusual: a face in the pavement

The street smiled at me so I smiled back. 道が笑顔をむけてくれたので私も笑顔で返した。

Something small: a key

ちっさい鍵拾った Found a tiny key on the street

Something unusual: a ketchup packet in a window sill

I found it just chilling there like this. この状態で発見。やだ、素敵…

Something small: a spring

ちっさいバネ拾った Today's find in the streets: a tiny spring