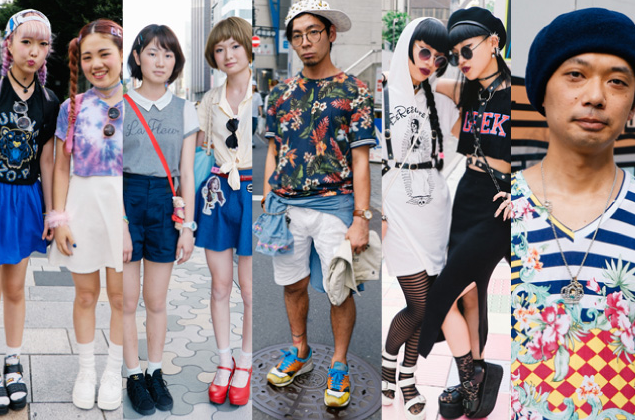 Cool Japan: Japan’s attempt to capitalize on its culture, both traditional and pop, in an effort to increase the nation’s soft power abroad. In recent years, Japan’s government and some of its companies have sought to revive Japan’s cultural influence on the world stage. Some have said this is Japan’s response to South Korea’s Hallyu, which in recent years has captured a niche following across the globe. There is however some confusion on what exactly Japan should export to current and potential Japanophiles across the globe. In an effort to figure out what exactly is cool about Japan, and in effect should be exported, MTV81 has began a series asking Japanese people in cultural centers what they think is cool about Japan. The first stop is Tokyo’s trendy Harajuku. Find out what the denizens of Harajuku had to say after the jump!

“Cool Japan.” The buzz-phrase dancing on the lips of every politician nowadays, and fingers of every pop culture pundit with a Twitter account.

But what is it? How do you define cool anyway? In the first part of this new series on MTV 81, I head directly to one of the sources of J-cool, Harajuku, to ask trendsetters what their “Cool Japan” is. Being the capital of youth fashion where cool (in all its forms) is the only currency, it’s a great place to start our hunt…

Things went sour the minute I stepped off the train. The entire district was on its way to a Girls’ Generation concert. So were these twins, Mana and Kana. What would K-pop fans have to say about Cool Japan? Kana suggested sushi. Mana brought up fashion, so I knew I was on the right track. The trick would be finding people who could explain what made them hip.

These two caught my eye for looking trendy enough to know what was in but still conservative enough – by Harajuku standards, anyway – to be from the same planet. But it turns out that my question completely dumbfounded Yuri and Sayako. Cool Japan? “We’ve never heard of it.” I should have known better. They obviously spend more time reading Zipper than The Economist so of course they wouldn’t know what Cool Japan was despite being poster girls for the product.

Yuri and Sayako are both freeters, an occupation they share with most people I spoke to. A freeter can be anything, from a freelancer to a part-time sales clerk to a nice way to say NEET, the unemployed that can’t, or won’t, get a job. Barely scraping by but still having enough money to buy the clothes and music you want isn’t something to aspire to, but it sounds cool. Though probably not the best public image for the Cool Japan campaign.

This dude who identified himself as Suzuki posed for me like a pro because he sort of is. He runs his own clothing store which makes him king of fashion mountain, or a duke at the very least. So what cuts of Japanese culture would he try selling to his foreign friends? “Old-school bar food, like grilled tuna head. Goes great with sake.” Hmm, I was hoping for something more export-friendly.

How about music? “Thee Michelle Gun Elephant was the best band ever!” Key word here being “was.” TMGE was a turn of the century rock band that broke up at the height of their success in fear of selling out. Come to think of it, that is pretty cool. But not exactly relevant. I wanted something more fresh, and as much as I love tuna head I didn’t think that would cut it.

Now these were plenty fresh. The body language of these BoA backup dancers screams “WE’RE the coolest thing to ever come out of Japan” – and I’m inclined to agree. But saying so outright would violate their cultural TOS (terms of service) and get them booted from the mainland. But maybe they’d be OK with that.

Aya jets back and forth between Tokyo and L.A. as a dance choreographer. And Bambi told me that the best thing to come out of Japan was Okinawan cooking. Again, food! You’d think someone with smoked sunglasses and cherry lipstick would be privy to something more spectacular. Maybe the facts behind Cool Japan are on a need to know basis, and I don’t need to know…

At the wise old age of 34, Ryutaro is the closest thing I found to an elderly person that day. He likes Southern All Stars like everyone else from his generation and runs his own company. So what’s Japan’s most powerful cultural component? He thought it over a moment, flustered, before answering. “Japanese people are polite.”

They must be, to greet weirdos like me with respect. A thought-provoking answer, but one that led me no closer to the truth. The hunt for Cool Japan continues…