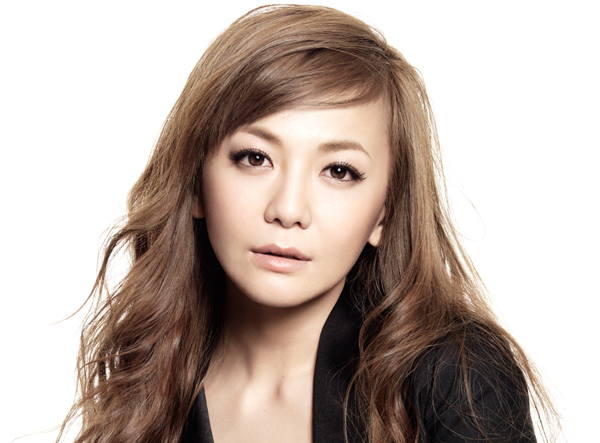 Hi ARAMA! JAPAN readers! The featured artist this time around is a little different from the previous ones. We’re turning back the clocks to shine the spotlight on one of the 90s biggest j-pop divas, Tomomi Kahara!

Who is Tomomi Kahara?

Kahara started her career as a visual idol and popular model for non-no, similarly to fellow 90s divas Ayumi Hamasaki and hitomi. She was soon introduced to Tetsuya Komuro, who made her his latest muse and lover. At the time she was known by her birth name Shimogawara Tomomi, but Komuro decided on giving her a new stage name “Kahala Tomomi”, so that their romaji name initials would be the same. [IMG]http://i.imgur.com/eSsH7aa.gif[/IMG]

Kahara made her  musical debut in September 1995 with the single “keep yourself alive”, it was met with instant success reaching the top 10 on oricon and selling over 350k copies. The following year her debut album “LOVE BRACE” was released cementing her status in the Japanese industry. The album shot straight to #1 and sold over 2.4 million copies. A string of hit #1 singles followed but soon Kahara’s personal life started to overshadow her musical success. She was constantly in the tabloids for her alleged drug use and hard partying, her increasingly erratic behavior only dampened the public’s perception of her.  Still, her second album “storytelling” was met with acclaim and topped the oricon charts selling over 1.3 million copies.

At the end of 1998 her torrid relationship with TK came to an end after heavily declining sales and even more suspected drug use by the tabloids. Kahara took a short break from show business to recuperate and returned to the scene in 1999 with her first non-TK produced single “as A person”. The single was her best selling material in years, however during television appearances she was still acting very strange.  After releasing another single and album she attempted suicide multiple times. Unfortunately the public didn’t sympathize and her already damaged career just became worse.

Things began to look up for Kahara in 2004. She joined Universal Japan’s roster, the first single she released under them was a cover of the popular Korean song “그대만 있다면” by Loveholic. Kahara’s version titled “Anata ga Ireba” won her a trophy and the annual Japan Records Awards. This single also marks the official new romanization of her name, going from Kahala to Kahara. Unfortunately this new beginning didn’t last and in 2007 she was dropped by her agency due to being “unreliable” and still not well. Two years later she was hospitalized for overdosing on tranquilizers.

After being out of the public eye for over five years and going through heavy rehabilitation Kahara made her return at the annual 2012 FNS Music Festival. Her comeback single Yume Yaburete -I DREAMED A DREAM- was released the following year.

What’s so special about her?

Kahara’s voice is quite distinct and unique, especially when compared to her peers,  when I was first exposed to her it was the first thing I noticed. In her early days she sang with a very high register making some of her classics extremely difficult to sing. Nowadays she opts for a lower register, but she still has that special something to her voice that sets her apart from the rest. She doesn’t just aimlessly sing her songs, she lives and breathes them. You can hear legendary producer Tetsuya Komuro at his best here, they truly complimented each other. Kahara’s discography is quite varied, both pre and post TK. She’s dabbled in numerous genres ranging from techno to reggae but her specialty continues to be the standard J-pop power ballad.

Her discography is quite large, but it isn’t too bad considering how long she’s been around for. Below are some of my favorite releases

90s J-pop at it’s best. Tetsuya Komuro once described this album as his best work, and that was after they broke up so he wasn’t lying! Only issue with this album is that some of the singles were remixed, resulting in a watered down version of the original. Acquiring any of her “best” albums will remedy that (I recommend Super Best Singles ~10th Anniversary~)

Kahara’s second studio album. This release has a similar sound to her debut.

This was the last release of Kahara’s before her long hiatus. It’s hard to believe what she was going through during this time, her voice was still in top shape and she looked great. The main a-side Ano Sayonara ni Sayonara wo is the standout in this single.

For this album Kahara re-recordered her biggest hits. Many of the songs stay true to the original while giving it a slightly different flare thanks to the updated arrangements.

Where can I find her?

You can find her current discography at Japan’s major online music retailers such as cdjapan, HMV Japan and Tower Records. Finding her material pre 2006 has increasingly become difficult. Websites like amazon.jp, ebay, and Yahoo! auction.jp would be your best bet [s]or jpopsuki [/s].