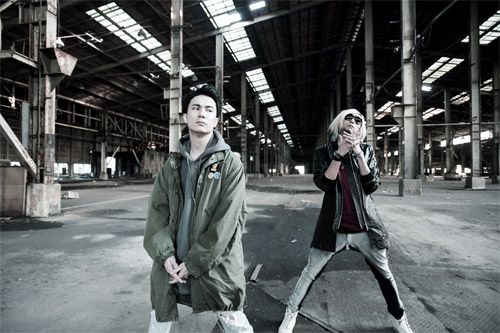 Hello, ARAMA Japan readers! As we have announced last month, the Featured Artist corner is back and the readers have to look forward to it every month. For June, the featured artist is a rock unit whose rising popularity shouldn’t be missed: OLDCODEX. There are probably anime enthusiasts who are familiar to the said duo. For those who aren’t, details which people need to know about them will be tackled. Check out the next few sections of this article!

Let’s get it started! 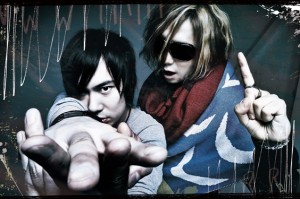 OLDCODEX is a rock duo which has originated from Tokyo, Japan. They were formed in 2009 with originally four members founded by the voice actor, Suzuki Tatsuhisa. They made their debut without experiencing the Indies stage on October 21, 2009 through a mini-album release. They are currently under LANTIS.

Their name, OLDCODEX, consists of two words: OLD, in a self-explanatory sense of something that is from the past, and CODEX, which is a written script like the bible. From the name of the band, their music is highly influenced by Western Rock yet OLDCODEX aims to create something that is their own.

Lantis approached voice actor, Suzuki Tatsuhisa, if he can form a band that is separated from his solo music career. Iida Ryuto, known as R.O.N., was then approached by the voice actor to become a member of the band. After that, R.O.N. has helped Suzuki in the recruitment by inviting sae and YoHske to the band to become a drummer and a guitarist respectively.  On September 2009, Suzuki officially announced the debut of the band through their MySpace and scheduled the release of their self-titled mini-album on October 21. In commemoration of the release of their first mini-album, they had their first live performance at Tower Records, Shinjuku.

The band has gone through a lot of changes in their members. Less than a year after debut, OLDCODEX becomes a 2-member unit with Suzuki and R.O.N. as YoHske and sae left the band. Occasionally, sae performs with the remaining members as a support drummer. On November 2010, the band becomes a 3-member unit after YORKE joins the group. They have operated with three members until R.O.N. left the band in 2012 to focus on his own band, ROSARY HILL.

At present, there are two current members of the band who will be introduced next:

WHO ARE THE MEMBERS?

Suzuki Tatsuhisa has already established himself as a voice actor affiliated with I’m Enterprise. His notable roles are Noctis Lucis Caelum (Final Fantasy XV), Viscount Druitt (Black Butler), Hiragi Shinya (Seraph of the End), Takao Kazunari (Kuroko’s Basketball), and Tachibana Makoto (Free!). Aside from being active in voice acting, he also hosts a radio show. He has also made an appearance in the live-action adaptation Library Wars: The Last Mission in 2015. 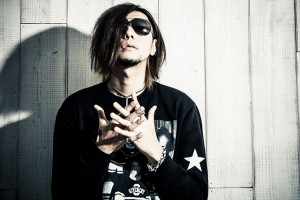 YORKE initially started as a contributor in OLDCODEX in an artistic sense before he became an official member of the band. His aesthetic has given him a chance to collaborate with many musicians. One of the prominent collaborations was with MIYAVI. Speaking of which, he is also a member of the KAVKI BOIZ headed by MIYAVI. Aside from his paintings, YORKE contributes to the unit through his lyrics 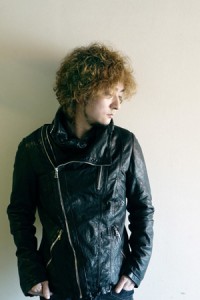 Little is known about the other former members, R.O.N. has been a key when OLDCODEX was at its first phase. He was a former guitarist and sound producer of OLDCODEX. Currently, he creates music under the alias STEREO DIVE FOUNDATION.

WHAT IS SO SPECIAL ABOUT THEM?

I have seen a lot of bands but I can say that this band has launched a unique image. During performances, Ta_2 mostly does the singing while YORKE paints! YORKE initially contributed to the band in aesthetically such as album art, the design of their website, and paintings originally made by him. Since then, it has been the band’s trademark to have YORKE paint in a canvass while performing a song.  In addition, the audience are flabbergasted by their exceptional combination of rock and dance music with a touch of aesthetic art.

I, like the other fans, have discovered the band because of my interest with the voice actor, Suzuki Tatsuhisa. Nevertheless, OLDCODEX is the artist whom I really got into. I listen to other voice actors’ musical performances as well. In spite of that , I find OLDCODEX to be the most influential for me not only because of their music but also the fact on how Ta_2 is so different when he sings and when he voice acts a character. YORKE, on the other hand, captivates me in his amazing live painting especially during performances. Capture, their first live in Budokan in 2015, tells that their rising popularity and their performances are something to look forward to!

(Blue) is the first single released by OLDCODEX on March 10, 2010. Arrangement and lyrics were made by R.O.N. and Ta_2 has also contributed in its lyrics.

“flag on the hill”

The second single, “flag on the hill” was released on the same year of June 9.

Harsh Wind, despite of being their third overall single, is their debut major single. It was released on April 27, 2011. You can check out the preview of the single above!

Their second major single (being fourth overall), was released on March 7, 2012. Music, lyrics, and arrangement were made by the former member R.O.N.

As mentioned in the introduction, anime fans may be familiar to the said duo. This isn’t only because Ta_2’s voice acting career but also because of the contributions of the rock unit to different anime through their songs. After their second major single, “Cold Hands”, they have released consecutive singles which have been used as anime theme songs.

Refresh your memories through these anime OPs and EDs!

Their song “reject” from their album, “Contrast Silver” was used as an image song for the anime Mirai Nikki:

CHECK OUT THEIR UPCOMING RELEASES:


On June 8, 2016, they will be releasing their first BEST ALBUM, 「Fixed Engine」. Its CD tracklist will compose most of their singles with their featured song, “Anthem.” It has three versions namely: 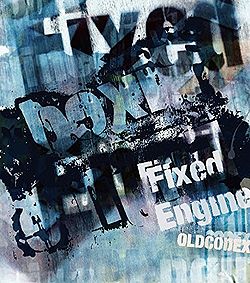 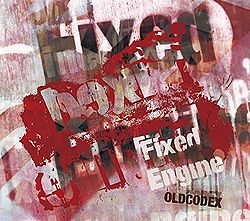 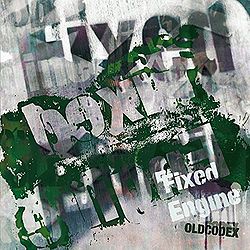 On July 27, 2016, their eleventh major single (13th overall), 「Deal With」will be released in two versions: a limited CD + DVD edition and a regular CD-only edition. Its title track will be used as an opening theme for the upcoming anime, “SERVAMP” where Suzuki Tatsuhisa will voice one of the characters. CD Jackets are yet to be revealed.

Compared to their previous releases, it is quite noticeable how OLDCODEX’s songs have become more upbeat now. In my opinion, the influence of R.O.N. in their earlier releases shows that R.O.N. has an indie rock vibe. The current OLDCODEX aims to have a combined music of western rock and dance for their songs. Listening to their first few songs and being able to compare them to their current and upcoming releases, I feel that the current image that they pursue attracts a bigger audience. Furthermore, the fact that their current releases are used as anime themes is what makes them rise on the stage. Ta_2 and YORKE have divided musical responsibilities (particularly lyrics and music) since they became two in their unit. At present, they are slowly going to the charts! (Aching Horns went to the weekly Oricon charts at #10!) Let us see on how far they will go in the future.

WHERE CAN I FIND THEM?

Thank you for those who found time reading this article. It’s actually my first time writing an artist feature so it would be nice if you would leave a comment on what you think about the artist. I would also like to apologize in case my opinion is too vague. I will try to interact to your opinions after I get enough sleep (currently one in the morning). For those who have been listening to them before this feature, tell us which your favorite song/s is/are!

Please look forward to the next feature on July!