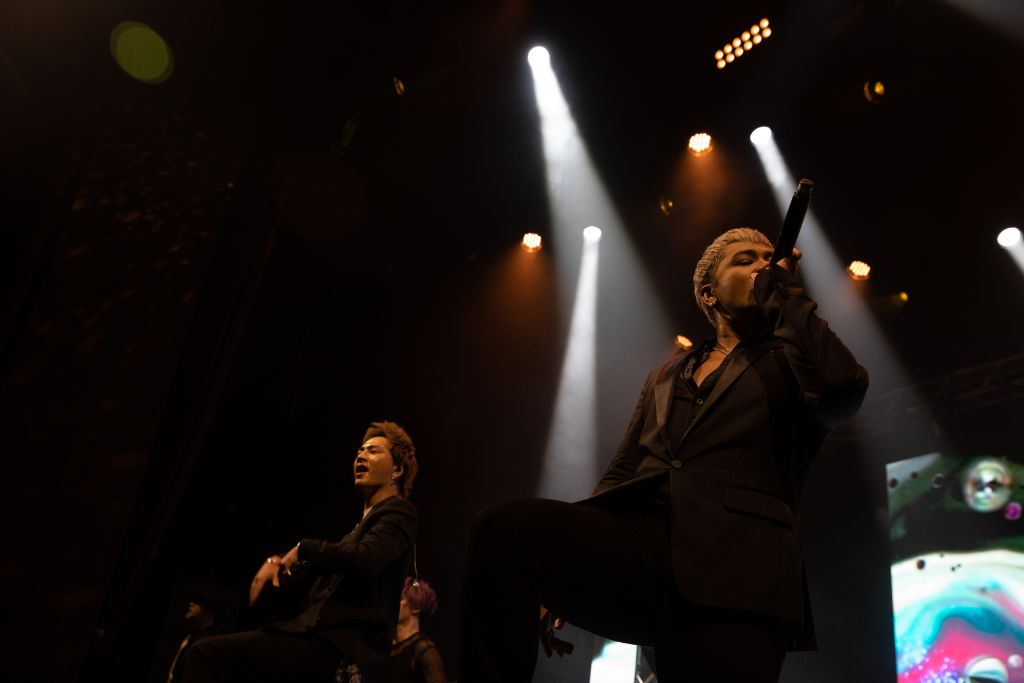 Earlier this month, Arama! Japan ventured to Los Angeles to attend the music events “OTAQUEST LIVE” and “OTAQUEST KICKOFF.” The day before the events, a series of interviews took place at EXPG STUDIO LA BY LDH. The first of these interviews was with Yasutaka Nakata. It was followed by a joint interview with Sandaime J Soul Brothers members CrazyBoy and Hiroomi Tosaka. Check out Arama! Japan’s interview with them below!

What do you hope to hope to achieve by performing here?

CrazyBoy: I want to give my full energy to the audience.

Hiroomi: Many people will see us for the first time at this show. We want to introduce ourselves in the best way possible. We want to share the stage well with Kyary Pamyu Pamyu, CAPSULE, and m-flo. We’re all JPop, but different kinds of JPop. We hope to show the diversity of JPop with this show.

CrazyBoy: We have the music and the visuals, but the strength of the performance is #1. It’s a pleasure to show the full performance to the audience.

Do you have a favorite song you like to perform?

Hiroomi: “BLUE SAPPHIRE.” It was the theme song for the anime “Detective Conan”, so I think the audience will recognize it.

CrazyBoy: “PINK DIAMOND.” It hasn’t been released yet. I will be performing it at the show tomorrow though.

You guys like colored gemstones it seems. Is there a connection between the two songs?

CrazyBoy: No, not at first. But then I heard “BLUE SAPPHIRE” and started thinking. The pink diamond is the most expensive diamond in the world. I like pink and then I thought of a gemstone and then “diamond” came to me. And there it was! And I said to Hiroomi, “Blue and pink!”

Maybe you have a secret connection due to being group members?

Could we see an international tour from Sandaime J Brothers or the whole of LDH in the future?

Hiroomi: We’ve done full LDH tours in Japan before, so the idea of taking that overseas would be fun. The audience would be able to see many different sides of JPop. As far as Sandaime J Soul Brothers, we’ve done dome tours before. We’d love to spread to Asia and the US. And as a solo artist too. Joining with other artists and touring around the world.

Would you go to Europe? Fans often complain that few Japanese acts go there.

CrazyBoy: I know that Kyary Pamyu Pamyu has gone there before. We would like to as well.

How is it different being solo as opposed to being in Sandaime J Soul Brothers?

CrazyBoy: When you’re in a group and then go solo, you really have to think about how you produce yourself and how you build things yourself. I’ve developed more musically and as a human being. I can then bring that back to the group and then we can grow.

Hiroomi: I’ve done a solo nationwide tour. I’ve developed musically as an artist. I can now take that back to the group, to the group’s benefit.

Do you have any favorite moments as a soloist that you don’t think you could’ve had in the group?

CrazyBoy: I’ve done a solo tour as well. When I am in the group, I have a role to play. However, on my solo tour I have to be myself. I have to show my humanity, my musicality, my style, who I am as a solo artist. I also get a direct reaction from the audience, which helps me develop.

Hiroomi: Whether good or bad, it all comes back to me directly as a soloist. In the group, there is teamwork, and everything is spread out.

A lot people have preconceived notions about Japanese music. However, a lot of people react differently when they hear music from LDH, due to its similarity to Western music. Do you think having something that is already familiar to the international audience is a good way to spread Japanese music?

CrazyBoy: I don’t really think about how things sound. I just do things I like that I think fit me. I think it is important for my music to be in Japanese though. In the end, I just do what I think is best for me.

Hiroomi: If you think of the category of JPop, people from overseas will say it’s not the same. We sing in Japanese and create our own music with a Japanese sound to it.

CrazyBoy: JPop has so many categories. We both do JPop, but it’s different music. It can’t really be categorized because there are so many different kinds of JPop.

With the addition of acts like m-flo, SALU, and Crystal Kay to LDH, do you feel as if the company is a home for R&B & hip hop in Japan?

CrazyBoy: So many people in LDH love R&B and hip hop, for sure.

Hiroomi: There are many companies in Japan, but LDH is the one that understands the music and the culture of R&B and hip hop the best. We love that music so that is what we do, but we do have other artists as well.

What are some Japanese acts that you think our readers should look out for?

Hiroomi: I listen to a lot of pop and dance music to inspire me, as opposed to JPop.

CrazyBoy: Actually, Namie Amuro and Utada Hikaru come to mind. Listen to our music though!

What do you think the Reiwa era holds for Japan in terms of music?

CrazyBoy: It’s difficult for a lot of Japanese artists to break out of Japan, but hopefully that can change in the Reiwa era. This event is a good start.

What does the future hold for you as soloists, for Sandaime J Soul Brothers, and for LDH?

Hiroomi: Sandaime J Soul Brothers is doing a dome tour. And in 2020, LDH as a whole will have music activities all year long and a tour due to the Tokyo Olympics. We wanted to do something really big. As a solo artist, I’m going to Taiwan after this show and I’m going to have more musical activities. I have a full schedule.

CrazyBoy: “PINK DIAMOND” is coming out soon. I have more activities related to that and in the group. I also have some collaborations coming soon.