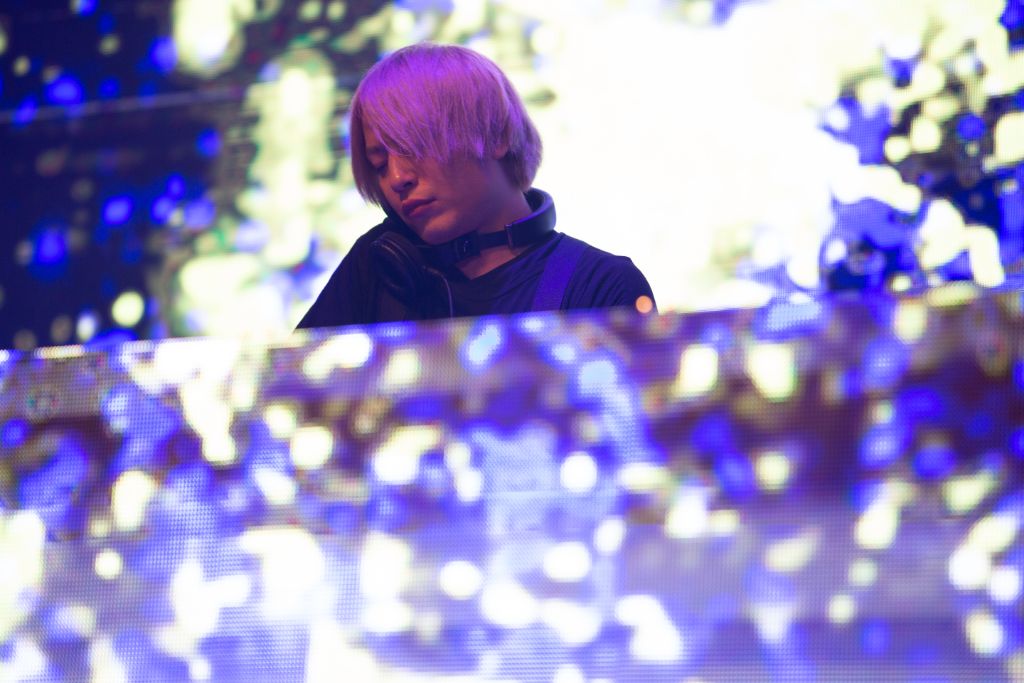 Earlier this month, Arama! Japan ventured to Los Angeles to attend the music events “OTAQUEST LIVE” and “OTAQUEST KICKOFF.” The day before the events, a series of interviews took place at EXPG STUDIO LA BY LDH. The first of these interviews was with Yasutaka Nakata. He is the mastermind behind Perfume, Kyary Pamyu Pamyu, and CAPSULE. He performed with Toshiko Koshijima at “OTAQUEST LIVE” as CAPSULE and DJ’ed under his own name at “OTAQUEST KICKOFF.” Check out Arama! Japan’s interview with him below!

CAPSULE is something I started when I was in school. I get to make it when I want and it is the sound that I want it to be. However, with Perfume and Kyary, the sound has to be for whatever image they’re going to have for that song.

How has Japanese electronic music changed over the course of your career?

I was one of the first in Japan to use a computer primarily to create music. Before, people were mainly using keyboards. They were keyboardists. But now DJs are making tracks. That’s something that’s really grown in the past decade, like in the Harajuku scene.

Do you see Japanese electronic music as its own thing, or part of the bigger, worldwide scene?

We are now a decade removed from the late 2000s electropop boom, which you and Perfume ignited. What do you think of that whole period now?

I think there should have been more. Take your phone for instance. There are all these camera apps and music apps, and people DJ with stuff like that. Sure there were a lot of people who listened to it, but I wish there were more people that made it.

What was it like working with Yonezu Kenshi? And Shiina Ringo?

With Kenshi, I gave him a scat track. It didn’t have lyrics; it was more like mumbling that went with the rhythm of the track. Once we worked on the rhythm, we then made lyrics. With Ringo, she wrote and composed the song; I was just the arranger. That process is different. The process of starting a track is totally different than just arranging a song. When I make an original song, I use a lot of sampling. With arranging, it’s limited in the way it sounds. Like I don’t have to think of a piano melody. I have more to play with in the beginning when making an original song.

You’ve worked with Charli XCX. What was that like and was it different from working with a Japanese artist?

There was really no difference at all. I used the same process that I always use, like the one I used with Kenshi.

What do you say to those who say your sound is less experimental now and more mainstream?

That’s always an uphill battle. But rather than calling something “pop”, I want to make people listen to something that they normally wouldn’t want to. I think that’s the best route. Taking a genre you normally wouldn’t listen to, putting a new twist on it, and making it something people would enjoy. What people call “pop” now was experimental at one point. I was the one pushing the boundaries of what is popular. I want to keep making new waves.

There’s this idea that artists should keep pushing and pushing, but is that an actual reality?

Rather than that, there are a lot of things that will change naturally as well. Things happen spontaneously. I want to keep making things people will enjoy.

What was it like working on music for the Olympics?

I wanted to be able to make a track that hadn’t been done before for the Olympics, and I wanted it to originate from Japan.

Do you think it is important to spread Japanese music to the world? If so, how should it be done?

What shouldn’t be spread?

Maybe not things that shouldn’t be spread, but things I think should be spread more than others.

A lot of electronic-based tracks, ones that originate from the internet, are gaining popularity internationally. There are a lot of acts that don’t do a lot of live events, but do continuously release music that has that Japanese flavor, but not in a traditional sense. There are a lot of people who started making music because they enjoyed the music from video games. I feel that because of this, there is a natural connection between video games and electronic music.

What do you think the Reiwa era holds for Japan in terms of music?

Anything new on the horizon?

I’m working on a lot of new things. I’ve only recently released my first album, so there is more to come. I want to have a lot of new experiences.